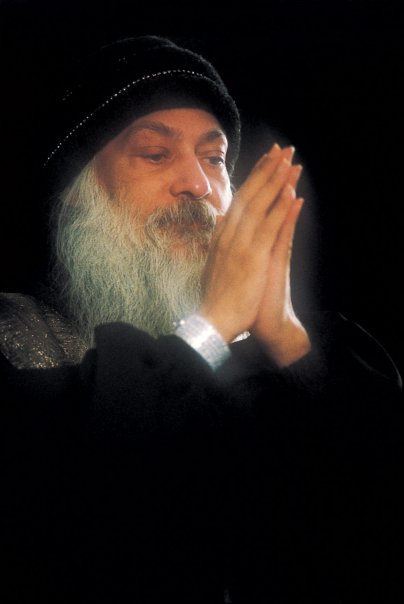 Question – HOW IS IT POSSIBLE THAT THE MIND CAN GO ON PRODUCING THOUGHTS CONSTANTLY, AND HOW CAN WE STOP THAT WHICH WE HAVE NOT STARTED?

Osho – You cannot stop that which you have not started. Don’t try it, otherwise you will simply be wasting time, energy, life. You cannot stop the mind because you have not started it. You can simply watch, and in watching it stops. Not that you stop it: in watching. it stops. The stopping is a function of watching, it is a consequence of watching.

Even the idea that one wants to stop the mind will be the barrier because you say, “Okay, now I will try to be aware so that I can stop it.” Then you miss the point. Then even your awareness will not be of much help because again the same idea is there — how to stop it. Then after a few days of futile effort — futile because the idea is there, so it will not happen — you will come to me and you will say, “I have been trying to be aware, but the mind doesn’t stop.”

It cannot be stopped; no method exists to stop it. But it stops! Not that you stop it; it stops by itself. You simply watch. In watching, you withdraw the energy that helps it to run. In watching, the energy goes into watching, and thinking automatically becomes feebler and feebler and feebler. Thoughts are there, but they become impotent because the energy is not available. They will move around you, half dead, but by and by more energy will be coming to the awareness. One day suddenly energy is no longer moving into thoughts. They have disappeared. They cannot exist without your energy. So please forget about stopping them. That is none of your business.

With the mind the problem has arisen because you think that you are thinking; the mind has become a focus of identity. The identity just has to be broken. It is not that when the mind has stopped, then it will not think forever, no. It will think only when it is needed; it will not think when it is not needed. Thinking will be there, but now it will be natural: a response, a spontaneous activity, not an obsession.

For example, you eat when you are hungry. But you can get obsessed and can go on eating the whole day. Then you will go mad; then you will commit suicide. You walk when you want to walk. When you want to go somewhere, then you move your legs. But if you go on moving your legs when you are sitting on the chair, people will think you are mad and that something has to be done to stop you. If you ask how to stop your legs from moving and if somebody says, “Stop them by holding them with your hands. Force them!” then you will be in even more trouble. The legs are moving and now the hands are also engaged, and your whole effort is how to stop them. Now your energy is fighting with itself.

You have become identified with the mind, that’s all. It is natural because the mind is so close to you and you have to use the mind so much. One is constantly in the mind. It is as if a driver has been driving a car for years and has never been out of the car. He has forgotten that he can go out, that he is a driver. He has forgotten completely; he thinks that he himself is a car. He cannot go out because who is there to go out? He has forgotten how to open the door, or the door is completely blocked by not having been used for years. It has gathered rust, it cannot open easily. The driver has been in the car so much that he has become the car, that’s all. A misunderstanding has arisen. Now he cannot stop the car, because how is he to stop it? Who is going to stop it?

You are just the driver of the mind. It is a mechanism around you, your consciousness goes on using it. But you have never been out of your head. That’s why I insist: drop a little out of the head, go to the heart. From the heart you will have a better perspective that the car is separate from you. Or, try to go out of the body. That too is possible. Out of the body you will be absolutely out of the car. You will be able to see that neither the body nor the heart nor the mind is you; you are separate.

Right now, continue to remember only one thing: that you are separate. From everything that surrounds you, you are separate. The knower is not the known. Go on feeling it more and more so that it becomes a substantial crystallization in you that the knower is not the known. You KNOW the thought, you SEE the thought — how can you be the thought? You KNOW the mind, how can you be the mind? Just drop away; a little distance is needed. One day, when you are really distant, thinking stops. When the driver is out, the car stops because there is nobody to drive it now. Then you will have a good laugh, seeing that it has just been a misunderstanding. Now, whenever you need it, think.

You ask a question to me: I respond. The mind functions. I have to talk to you through the mind; there is no other way to talk. But when I am alone, the mind doesn’t function. The mind has not lost the capacity to function. In fact, it has gained more capacity to function and to function rightly. Because it is not functioning constantly, it gathers energy; it becomes more clear. So ‘when the mind stops’ does not mean that you will not be able to think again. In fact, only after that will you be able to think for the first time. Just to be engaged in relevantly irrelevant thoughts is not thinking. It is a mad sort of thing. To be clear, clean, innocent, is to be on the right path for thinking.

A clarity, a perspective, is needed. When thinking — this constant inner chattering and inner talk — stops, and you have become alert and aware, you are capable of seeing things as they are, you are capable of finding solutions — and you are also capable of knowing what is a mystery. And when you come to feel that something is a mystery, you feel reverence, you feel awe. That is the religious quality of being. To feel reverence is to be religious; to feel awe is to be religious. To be so deeply in wonder that you have again become a child is to enter into the kingdom of God.

Osho – Why we don’t feel the divine which is here/ now, within/without