Osho on Stupdity in Sex, Sex keeps you unconscious 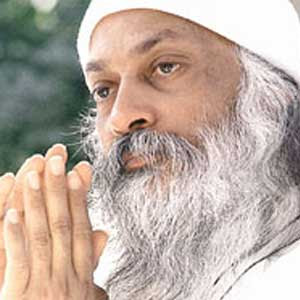 Question – Osho, After listening to you the other day and Hearing Sex is stupid, we tried it right away, We dont understand! What do you find Stupid?

Osho – Ritmo and Deva Mastanando, I have been telling you of other things. Have you ever tried them right away? I am telling you about meditation every day and you go on postponing it! And sex you tried right away! You did me a great favor – you did not try it here! That shows its stupidity.

Sex is not stupid, you are stupid! It is because of you that poor sex also becomes stupid. And you will never know unless you rise a little higher. Unless you become a little more alert, you will not see the stupidity. You can’t see it remaining on the same level – nobody can see it. Go to the madhouse, ask any madman, ”Are you mad?” He will be mad at you! But no madman will accept that he is mad. He will say, ”What are you talking about? The whole world is mad except me. I am perfectly sane.”

Just stand very close to the mirror, your nose touching the mirror, and you will not be able to see your own face. That is not the fault of the mirror. You have to give it a little space, then the mirror can reflect you. You are too close. Sex seems to be the greatest obsession. The priests have to be given all credit for it. For centuries they have been condemning sex as sin and they have made it an obsession.

I don’t call sex a sin, I simply call it stupid. I am not saying that you will suffer hell – what more hell do you need to suffer? You are already suffering in it. And what does it go on giving to you? It just keeps you engaged – engaged in the other so that you can avoid yourself. That is its basic stupidity: it keeps you ignorant because it keeps you ignoring yourself.

Sooner or later you feel frustrated, but your frustration never teaches you anything. It is very. difficult to learn anything. If one woman has failed you you start looking to other women. If one man has not been up to your standards – and no man can be, no woman can be because that is not possible, that is not in the nature of things – then you start looking to other men. And all kinds of perversions are there, but if you ask any perverted person, he will not say that he sees any stupidity in it.

A Frenchman was making love to someone’s wife when the husband returned two days early from his business trip. Quick as a wink, the Frenchie scrambled out of the sack and took off like a big big bird. However, the angry husband was just as fast on his feet and he grabbed a rifle and shot the Frenchman’s balls off. Not at all perturbed, the Frenchman stuck out his very long tongue and shouted, ”Missed me!”
Now if you ask this Frenchman, he will not say that he is doing anything stupid; he is doing the most fantastic thing in the world!

Three woodcutters came down to the town after a long four-month work period, during which they had not seen or heard a thing except trees and their axes. Within hours they were totally drunk and decided to visit the local whorehouse.

The madam of the institution found herself in a fix, as she could only offer two girls and didn’t want to lose her third customer. So she told one of the girls to put the inflatable tailor’s dummy into one bed.

While two of the woodcutters were escorted to the beds with the real girls, the most drunk of them was put to bed with the dummy. As the three met the next morning, they exchanged the reports of their experiences. When the turn to share his experience came for the one who had been in bed with the air-filled rubber woman, hesaid, ”First it was really nice, but she was too quiet. Then, when I bit her nipple, she gave one big fart and flew out the window.”

The higher you rise, the more you can see. And when you reach the ultimate height, Buddhahood, you can see everything. Then there is no past and no future; then there is only present. And in that clarity, sex is the most stupid thing because it keeps you in bondage the longest. I am not condemning it, I am simply stating a fact. It is your bondage. It keeps you unconscious. It does not allow you to see what you are doing. You are possessed by it.

Back in the early 1960’s when France was fighting its last colonial war, a draft-dodger from Paris pretended to have poor eyesight during his physical at the army induction center. The army doctor didn’t buy that, so he sent for a gorgeous young nurse and told her to take off her clothes.”Describe what you see, young man,” the doctor asked.”All I see is a blur, doctor,” the slacker replied.Said the military M.D., ”Your eyes may not be as good as they should be my lad, but your prick is pointing straight toward Algeria!”

Mastananda, go back again, do it right away, but be watchful, be meditative. And I will be there, standing by your side, and let us see what happens. Either you will not be able to do it at all or you will find that it is a biological compulsion, it is an obsession, it is not you. Your consciousness will remain floating up; deep down in the valley it will happen, but you will remain detached, unconcerned, cool. And that will give you the insight. Sex becomes a tantric experience when meditation is added to it.