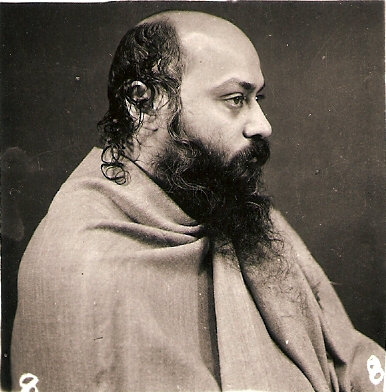 The Buddhist word for suchness is TATHATA. It means, “Seeing things are such, don’t take any attitude, don’t make any opinion, don’t judge or condemn.” The Buddhist meditation consists of suchness. The method is very practical and very deep-going. Buddha has said to his disciples, “Just watch things as they are, without interfering.”

For example, you have a headache. The moment you note it, immediately the opinion enters that “this is not good. Why should I have a headache? What should I do not to have it?” You are immediately worried, you have taken an opinion, you are against it, you have started repressing it. Either you have to repress it chemically, through an aspro or novalgin, or you have to repress it in the consciousness — you don’t look at it, you put it aside. You get involved in something else, you want to be distracted in something else so you can forget it. But in both ways you have missed suchness.

What will Buddha suggest? Buddha says take note twice, “Headache, headache.” Don’t feel inimical towards it, neither friendly nor antagonistic. Just take a simple note, as if it has nothing to do with you: “Headache, headache.” And remain undisturbed, undistracted, uninfluenced by it, without any opinion.

And another thing will be noted: sooner or later you will see that the headache is disappearing in something else — maybe you are now feeling anger. What happened? If you repress the headache you will never come to know what its real message was. The headache was there just as an indicator that you are full of anger in this moment and the anger is creating a tension in the head, hence the headache.

But you watched, you simply took note of it — “Headache, headache” — you remained impartial, objective. Then the headache disappears. And the headache gives you the message that “I am not a headache, I am anger.”

Now Buddha says take note again, “Anger, anger.” Now don’t become angry with anger, otherwise again you are trapped and you have missed suchness. If you say, “Anger, anger,” ninety percent of the anger will be gone immediately. This is a very practical method. And the ten percent that will be left will release its message. You may come to see that it is not anger, it is ego. Take note again: “Ego, ego.” And so on and so forth. One thing is connected with another, and the deeper you move the closer you come to the original cause. And once you have come to the original cause, the chain is broken — there is no beyond it.

A moment will come when you will take note of the last link in the chain, and then nothingness. Then you are released from the whole chain, and there will arise great purity, great silence. That silence is called suchness. This has to be practiced continuously. Sometimes it may happen that you forget, and you have made an opinion unconsciously, mechanically.

Then Buddha says remember again, “Opinion, opinion.” Now don’t get distracted by this — that you have made an opinion. Don’t get depressed that you have missed. Just take note, “Opinion, opinion,” and suddenly you will see — ninety percent of the opinion is gone, ten percent remains, and that releases its message to you. What is its message? The message is that there is some inhibition, some taboo; out of that taboo the opinion has arisen. A sex desire comes in the mind and immediately you say, “This is bad.” This is opinion. Why is it bad? — Because you have been taught it is bad, it is a taboo. Take note, “Taboo, taboo,” and go on.

Sometimes it will also happen that you have judged — not only judged, you have made an opinion; not only made an opinion, you have become depressed that you have missed. Then take note again, “Depression, depression,” and go on.
Whenever you become conscious, at whatsoever point, from there take note — just a simple note — and leave the whole thing. And soon you will see the entangled mind is no longer as entangled as it has always been. Things start disappearing, and there will be moments of suchness, tathata, when you will be simply there and the existence is there and there is no opinion between you and existence. All is undisturbed by thought, unpolluted by thought. Existence is, but mind has disappeared. That state of no-mind is called suchness.

Osho – When you are here with me, your understanding starts moving with me a little higher