Osho on Sufism, Sufism is a vision 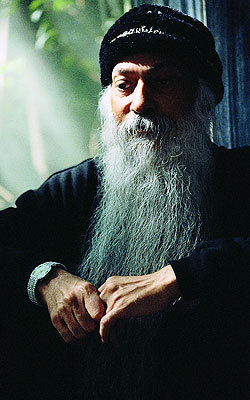 Osho : Sufism is a vision. In fact to call it ’Sufism’ is not right because it is not an ’ism’ at all. Sufis don’t call it ’Sufism’; it is the name given by the outsiders. They call their vision TASSAWURI, a love-vision, a loving approach towards reality. It is falling in love with existence. The person who thinks about existence is a little bit antagonistic because he creates a problem out of existence – as if existence is challenging him and he has to decipher it, he has to decode the mystery, he has to destroy the mystery. He fights.

The existence is waiting for you to fall in love with it. If you are deeply in love with existence, it starts opening, it starts revealing its secrets. It has been waiting long for you to come close. There is no need to force it, there is no need to rape! You can fall in love. A world-view is an aggressive stance, a vision is a love stance. I said to you that Sufism is not a system, because all systems create bondage. They create prisons around you.

Belief is a poor substitute for trust. And remember, belief is again from the head, trust is from the heart. Their qualities are different, altogether different, diametrically opposite. Never become part of a belief system: never become a Hindu or a Mohammedan or a Jaina or a Buddhist. When you become part of a belief system you are becoming a slave.

If you can find a place, a space, where belief is not imposed on you but trust is helped, find that place. That is the right place where you can really grow and grow into freedom. There is no other growth – growth in freedom is the only growth. I said to you that Sufism is not a philosophy, but it is not anti-philosophy either. It simply takes no note of philosophies, anti-philosophies. It bypasses them, it is indifferent.

Truth is not a conclusion: you don’t arrive at truth by a syllogistic process. Truth is THERE! You are truth, the trees are truth, the birds are truth, the sun, the moon. The truth is all over the place, and you close your eyes and you think about truth? All thinking will take you astray. There is no need to think. Live it! Only by living do you come to know it.

You have not seen God, you have not tasted anything divine, and you go on thinking. What will you do? Yes, mind is very clever and it can spin and weave beautiful systems, but those systems are just irrelevant. Good or bad, logical, illogical – they are just irrelevant. They have no relevance to reality, they have no context in reality, they are mind games. Sufism is not a mind game; that’s why it is practical, absolutely practical.

If you ask a Sufi about God, he will laugh, or he will sing a song which has no reference to God, or he will tell you a story in which God is never mentioned, or he will say something which seems absolutely unrelated to the question.

Sufis always talk about techniques, methods. They never talk about ’whats’, they only talk about ’hows’. In that way they are as scientific as any scientist. Sufism is a glimpse of how religion should be. It is pointless to talk about God; create the ladder that takes you to God.

It is utterly a waste of time talking about paradise; give methods so that paradise can be explored inside your being. It is an inner phenomenon, it is your inner space. And so is hell. Sufism is not even a religion. Rather, it is religiousness. It has no church, it has no book – Bible or Koran or Veda or Dhammapada. It has no book, no sacred book. It has no church. Sufism is a very, very free-floating religiousness.

Anybody can be a Sufi – a Hindu, a Christian, a Mohammedan. Anywhere, one can be a Sufi. It is a practical approach on how to create religiousness.

Osho – You don’t have one mind; you are multi-psychic

3 thoughts on “Osho on Sufism, Sufism is a vision”