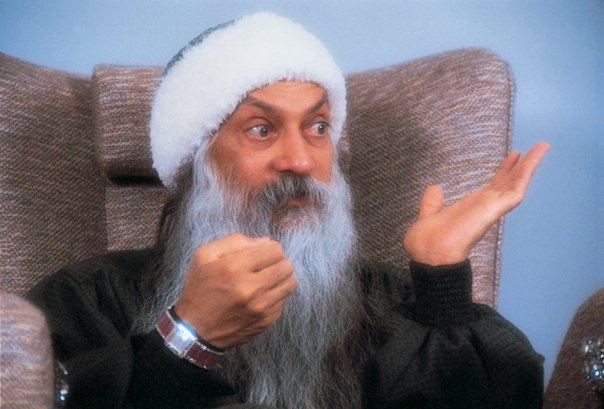 Osho – Whenever you think of suicide, remember, why are you thinking of suicide? Some hope has turned sour, some expectation has turned into a frustration, some desire has proved futile. You have become aware; even in your unawareness a little ray of awareness has penetrated you. You have seen, maybe only for a moment, a glimpse, just like lightning in the dark night. For a moment all was light and you have seen that the way you are living is false and there is no fulfillment if you live in a false way. Immediately the idea of suicide arises in you.

More and more people are committing suicide today, more than ever. More people commit suicide in the West than in the East. It looks very strange, very illogical. It should not be so, because in the East people are starving but they don’t commit suicide. In the West they have all that man has always desired. People have two houses — one in the city, one in the mountains or on the seabeach, in the country. They have two-car garages…and all kinds of gadgets that technology has made available.

For the first time, the West has succeeded in being affluent, but more people are committing suicide there than in the East. Why? — for the simple reason that the East can still hope and the West is becoming aware that there is no hope. When you don’t have something you can hope for it; when you have it, how can you hope any more? The thing is there and nothing has happened through it. You have the money, you have a good wife, children, husband, prestige, respectability — and suddenly you become aware in this affluence that deep down you are hollow, poor, a beggar and nothing else. The whole effort of achieving all these things has failed. Things are there, but no fulfillment has happened through them. This is the cause of more suicide in the West.

Friedrich Nietzsche is correct: the ordinary man cannot live without illusions. Don’t take his illusions away from him! And the Master does exactly that: he tries to take your illusions away. He creates a situation in which, ordinarily, you would commit suicide. But if you are fortunate enough to have a communion with a Master, the same situation creates sannyas. It is the same situation, the SAME crisis!

This is my observation: that true sannyas happens only when you have come to the verge of suicide. When you see that the outside world is finished, then there are only two alternatives left: either commit suicide and be finished because there is nothing to live for any more, or turn in. “The outer world has failed, now let us try the inner”: that is sannyas. Sannyas and suicide are two aspects of the same coin. If you are focused and obsessed with the outside, then suicide; if you are a little loose, flexible, then sannyas.