Skip to content
Osho Gems for Soul Osho on Surrender

Osho on Surrender – Surrender, and the remaining I will do 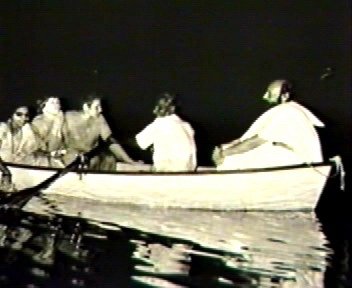 Osho – Surrender is the greatest gamble. Surrender means putting the mind aside completely. Surrender means going mad. I say surrender means going mad, because all those who live in their logic and in their minds will think you have gone mad. To me it is not madness. To me madness, this type of madness, is the only courageous way of life. To me this madness is the deepest jump. To me this madness is all that a man is called to be. But to the logicians, your trust will look like madness.

This is one of the phenomena that has to be penetrated very deeply. All the great religions are born around some madman. A Jesus is a madman, perfectly insane. A Buddha is a madman. But the people who gather around are not all mad. Many come who are not peakers, who are intellectuals. They are attracted to Jesus and to Buddha also. The very being of Buddha is so magnetic now, filled with so much infinite energy, that they are attracted. Their mind reasons that something has been attained by this man, but they are not peakers; they are non-peakers.

Intellectually they become attracted. The very phenomenon of a Buddha and his being becomes a logical argument to them. They listen to Buddha, they rationalize his sayings, they create metaphysics around them, then a religion is born. At the base is a madman, but in the structure are logicians. They are the contradictory people, absolutely contradictory, opposite to Buddha. They create the organization. They create Buddhism and the philosophies.

Religion is born, at the base, madman, and then taken over by the logicians who are the opposite. They create all organizations. Peakers give birth, and then the child is adopted by the non-peakers. So every religion at its birth source is beautiful — but never again. Then it becomes ugly. Then, really, it becomes anti-religious.

It will not be so again! Even with my ideas, it will not be so again. Sooner or later, the logician will enter, the non-peaker will come. They are bound to come — they are already on the way. They will systematize everything, they will destroy everything. And then the opportunity will be missed. Then it will be a dead thing. Right now, it is alive, and you are near the source. That’s why I say you are fortunate.

In your mind also, both the possibilities are there — the peaker and the non-peaker. If you allow your peaker, then you will surrender. If you allow your non-peaker, then you will listen to me, argue about it, rationalize about it, philosophize about it. Then either you are convinced by me, or not convinced by me. If you are convinced, you hang around me. If you are not convinced, you leave. But in both the cases you miss. Whether you hang around me or leave is irrelevant.

If you are trying to be convinced intellectually, you have missed. This can be done when I am dead. Right now, something else is possible and can be done — and that is: allow your peaker, allow your trusting soul to adventure. Don’t make it a reasoning within you. Make it a jump.

The source happens rarely, and very few people can take the advantage. This has always been so; this will be always so. Around Jesus there were only a few people; around Buddha only a few people. And then for centuries they weep and they cry.

Only a few — a Mahakashyap, a Sariputta, were sitting silently, enjoying. Even Ananda, Buddha’s chief disciple, was crying and weeping. Buddha opened his eyes and said: Why are you weeping, Ananda?

Even if the source is available to you, you can miss. You can miss by no-surrendering. Surrender, and the remaining I will do. Then I will be smiling continuously.

Source: Osho Book “”My Way: The Way of the White Clouds””

Beloved Osho, Why is it so hard for me to surrender to a man?