Osho on Surrender, Osho on the Path of Surrender 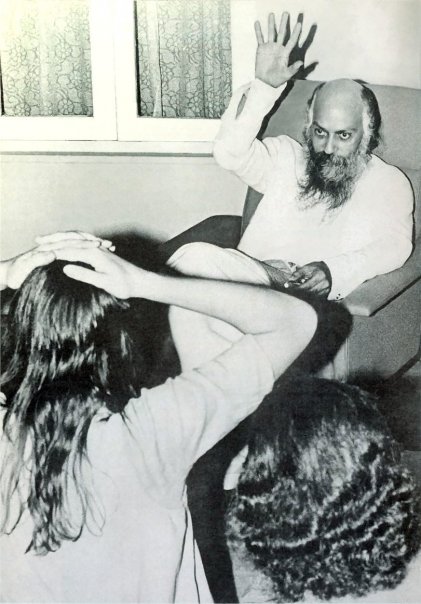 Question – On the path of surrender, How does the Seeker come to the right technique out of One hundred and twelve methods?

You have done the ultimate, the last: you have surrendered. On the path of surrender, surrender is the only method. All these one hundred and twelve methods require a certain will; they require something to be done by you. You manipulate your energy, you balance your energy, you create a center in your chaos.

You do something. Your effort is significant, basic, required. On the path of surrender only one thing is required – you surrender. We will go deep into these one hundred and twelve methods, so it is good to say something about surrender because it has no method.

She is already in his lap; she is already embraced by him. She has become one with him, but still she is asking. So remember one thing, she is not asking for herself; there is no need. She is asking for the whole humanity. But if she has attained, why is she asking Shiva? Can she herself not speak to the humanity? She has come through the path of surrender, so she doesn’t know anything about method.

So Shiva relates one hundred and twelve methods. He also will not talk about surrender because surrender is not a method really. You surrender only when every method has become futile, when you cannot reach by any method. You have tried your best. You have knocked on every door and no door opens, and you have passed through all the routes and no route reaches. You have done whatsoever you can do, and now you feel helpless.

In that total helplessness surrender happens. So on the path of surrender there is no method. But what is surrender and how does it work? And if surrender works, then what is the need of one hundred and twelve methods? Then why go into them unnecessarily? – the mind will ask. Then okay! If surrender works, it is better to surrender.

Why go on hankering after methods? And who knows whether a particular method will suit you or not? And it may take lives to find out. So it is good to surrender, but it is difficult. It is the most difficult thing in the world.