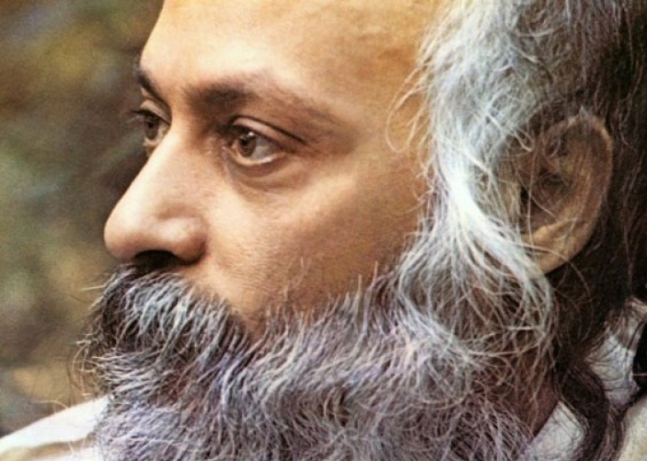 Osho – The great swans live deep in the Himalayas, in the highest lake in the world, Mansarovar. Mansarovar remains frozen for nine months of the year, you can drive a car on it. It is a lake miles and miles long, but the snow becomes hard as stone.

The swans leave — they have to leave because there is no water to drink, no fish to eat, they cannot penetrate the thick layer of hard snow — and three thousand miles they fly over the Himalayas and come to small lakes, rivers, around North India. It is a very mysterious phenomenon.

In those nine months … nature has such balance, such harmony, that those nine months are the months for their mating also. So they mate and they lay the eggs, but before the eggs open and their children come out, nine months are over. Now Mansarovar will be melting. They fly again, leaving the eggs in the plains of North India, a three-thousand-mile flight — thousands and thousands of swans disappearing into the Himalayas.

The miracle is, when the parents are gone, then the eggs open and those small swans immediately start moving towards Mansarovar. They don’t have any map, no guide, no parents to tell them which is exactly the same route the parents have taken for millions of years. Every year the miracle happens: those small swans start flying three thousand miles high above the Himalayan peaks where the snow has never melted since eternity, and they take the same route and they reach to the same Mansarovar lake. And people think nature has no intelligence!

Nature has tremendous wisdom, just we have forgotten to listen to it. The only way for you to listen to nature is by going deeper into yourself, because there are roots which are spread into existence. Those roots still understand the language of existence.

Far away from the roots, you are hung up in the head. You don’t know anything about the wisdom of existence. That’s why you ask questions which are not needed at all. You need only one thing: to find a connecting link with existence, and all questions disappear. My new symbol is going to be a flying swan.

Source – Osho Book “Christianity: The Deadliest Poison and Zen: The Antidote to All Poisons”

Osho – Make up your mind. Don’t go on postponing infinitely