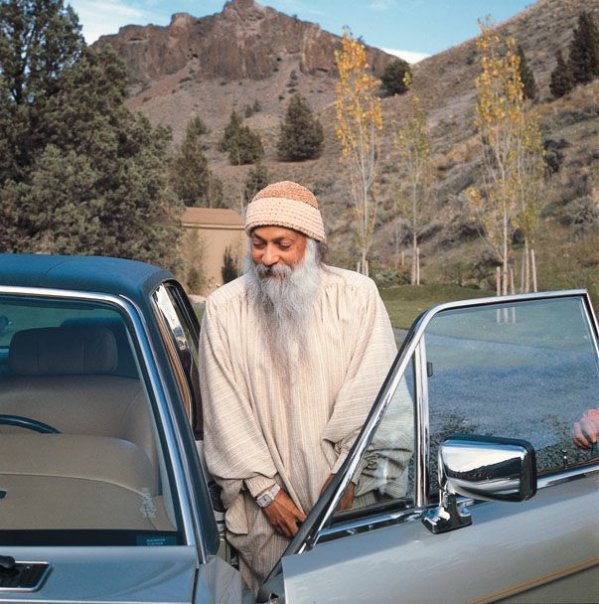 Question – Is it good to take risks?

Osho – Good or bad is not the question. If you are alive you have to take risks. Life is a risk. Only death is secure, life is never secure — there is no security. The companies that are called Life Insurance should really be called Death Insurance; in life there can be no insurance. Life is alive only because there is risk, danger — that’s why there is so much thrill.

Now, I am not a murderer, and I don’t want to poison your life. Many people have done that: the priests, the politicians — they are poisoning your life. They are all teaching you to live within bounds; to live in such a way that there is no risk, that you are always safe and secure. But then you are dead, then you are already in your grave. And then you become miserable and then you start seeing that you don’t have any love, that you don’t have any happiness, that nothing is happening in your life which is of worth. Then you start feeling there is no meaning, no significance; and the reason is that you are avoiding risks. Meaning comes through being dangerous, adventurous. Value arises only when you are alive; value comes through vitality.

Virtue simply means to have the quality of courage. Courage is the only virtue. If you don’t live a life of danger then better commit suicide. Then why burden this earth? And then why feel miserable? Then what is the point of it all? Then your misery leads nowhere, then your misery is just a rut in which you go on moving.

Look at people. Their eyes have lost the lustre of life, their faces are more like masks than real faces. They don’t live, they only pretend that they are living. They act, they don’t live. And then, naturally, they come to feel that there is no meaning — no flowering, no fragrance, no dance, no song, arises. Then they go to the priest to ask, and the priest says ‘Yes, the song is possible, but it happens only when you are dead. After death.’ Then they go to the politician. He says ‘Yes, life can have meaning, but the social structure has to be changed, the economic structure has to be changed, the whole history has to be changed. Communism has to be brought in, socialism has to be brought in.’

When people lose meaning, of course they start asking where to find meaning. And these are the two persons to whom they go: the priest and the politician — and they are the persons who have put you into such a state where meaning has been lost. Now this is a very great conspiracy. First they destroy the possibility of meaning, and then, of course, you are in their hands — you have to go and ask, and they show you the ways.

Look at a child. He HAS meaning. Have you watched it sometimes — a child playing with the pebbles on the seashore or running after a butterfly? Just watch, but don’t make him selfconscious: the moment he becomes selfconscious he is no more a child. Just watch, hiding somewhere… absorbed, the child is completely lost. And how beautiful he is! The grace on his face, the colour, the joy, the glee, the gladness, the vitality — as if he has wings, and he is so much absorbed. In that absorbed moment he is closest to God, he is in Tao, he is on the Way, he is enjoying this moment. H e is tremendously happy, so happy that he is not even aware of happiness, because only miserable people become aware of happiness. He is so happy — who bothers? He is so totally ‘in’, that he is not an outsider.

Then do one thing: bring a camera and try to take a photograph of the child. The moment he becomes aware that the photograph is being taken, all gladness disappears. His face is no more true, the mask has come. His eyes are no more absorbed — that shining quality is no more there, they have become dull. He is no more dynamic; he has become static, rigid. Now he has become selfconscious, the ego has entered; with the camera, the ego has entered. Now the child is ugly.

That’s why it is very difficult to have a beautiful picture. The person may be beautiful, but when you take him to the photo studio, suddenly something goes wrong. The picture never comes out so well. Have you ever been satisfied with any of your pictures? Whenever you look at the picture, something is missing. What is missing? You became selfconscious, you became aware, you started performing. You wanted to look very good, happy, smiling; a great personality, magnetic, charismatic… and all is gone down the drain; you are just an ugly person, dead. You are conscious of the camera and you are conscious of the people who will look at your picture. You are so selfconscious, how can you be beautiful?

A person who is continuously thinking whether there is any risk or not becomes so selfconscious that he never lives. He becomes rigid and dull and stupid — mediocre. Forget all about risks. Life is a risk. The day you were born, one thing became certain: that you are going to die. Now what more risk can there be?

My mother’s mother was a very old woman, and she was always afraid about me. I was continuously travelling in the train — fifteen days a month I was in the train. And she was always afraid, and she would say ‘There are so many accidents!’ and every day she would look in the newspaper just to see whether there had been some train accident, some aeroplane had fallen or something. And she would collect all the cuttings, and whenever I would go, she would show them to me. ‘Look! So many car accidents, so many aeroplanes and so many trains burnt, and so many people killed. What are you doing? Fifteen days on the trains, planes, cars! Stop this!’

So, one day, I said to her ‘Listen. If you are really interested in statistics then do you know that ninety-seven per cent of people die in their beds? So should I stand outside the bed the whole night? It is risky, there is no other thing more risky than to be in the bed. Ninety-seven per cent of people have to die in the bed! You are safer in an aeroplane — rarely does somebody die in an aeroplane, rarely in a train.’

She was very much puzzled. She said ‘It is true, but that cannot be done — it is impossible. Yes, that’s true.’ Since then, she stopped talking about accidents — she understood.

A rich man once said to a friend ‘Why is it that everybody is always criticising me for being miserly when everyone knows I have made provisions to leave everything I possess to charity when I die?’

‘Well’ said the friend ‘Let me tell you about the pig and the cow. The pig was lamenting to the cow one day about how unpopular he was. “People are always talking about your gentleness and your kind eyes” said the pig. “Sure, you give milk and cream, but I give even more. I give bacon and ham, and I give bristles, and they even pickle my feet! Still nobody likes me. Why is it?” The cow thought a minute and then said “Well, maybe it’s because I give while I’m still living.”‘

Death is going to take everything. Why be worried then? Rather than saving it for death to take away, share it — take risks. The miserly man is the stupid man; everything will be taken away. Don’t be so cautious. Don’t be so cautious; have the spirit of adventure. Yes, I know sometimes you may commit a mistake, but nothing is wrong in it. Sometimes you may go astray, but nothing is wrong in it. Those who can go astray, they can come back; but those who never go anywhere, they are dead.

Never commit the same mistake again and again — that’s true, invent new mistakes every day. Be creative. Risk in new ways. And that’s what sannyas is all about: to be risky, to live dangerously, to live without security and safety. To be tremendously in love with life is what sannyas is. And don’t postpone it, because all postponement is again being very cautious. Do it right now. If you have understood the thing, let it happen.

A pious brother set on the front pew during the Sunday morning sermon. Presently he began to remove one of his shoes. This unusual procedure in the midst of a church service caused those who could see him to smile and lose interest for the time in the sermon. But the brother then proceeded to remove his sock. This caused so much distraction that the preacher stopped in his discourse and asked the brother if there was something unusual the matter.
‘No,’ said the disturber ‘I just noticed that one of my socks was wrongside out.’

‘Well, my brother’ chided the minister ‘could you not wait until the service is over to make the change?’
‘No, sir’ was the reply ‘when I find I am wrong I always proceed at once to get it right.’

That should be the procedure: whenever you feel that something is wrong, get it right immediately — don’t postpone. If you have never taken any risk, take it now, and you will be richer for that.