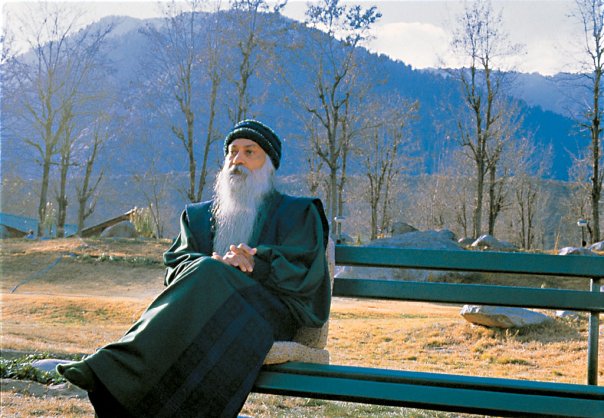 Question – How often should one Indulge in Sex in order to to help and not to Hinder the Meditation process?

Osho – The question arises because we go on misunderstanding. Your sex act and the tantric sex act are basically different. Your sex act is to relieve; it is just like sneezing out a good sneeze. The energy is thrown out and you are unburdened. It is destructive, it is not creative. It is good – therapeutic.

It helps you to be relaxed, but nothing more. The tantric sex act is basically, diametrically opposite and different. It is not to relieve, it is not to throw energy out. It is to remain in the act without ejaculation, without throwing energy out; to remain in the act merged – just at the beginning part of the act, not the end part. This changes the quality; the complete quality is different then.

Try to understand two things. There are two types of climaxes, two types of orgasm. One type of orgasm is known. You reach to a peak of excitement, then you cannot go further: the end has come. The excitement reaches to a point where it becomes non-voluntary. The energy jumps into you and goes out. You are relieved of it, unburdened. The load is thrown; you can relax and sleep.

Then your sleep will become a nightmare afterwards. If you are a natural being not too much burdened by religion and morality, only then can sex be used as a tranquilizer. This is one type of orgasm – coming to the peak of excitement. Tantra is centered on another type of orgasm. If we call the first kind a peak orgasm, you can call the tantric orgasm a valley orgasm.

You have to grow in it; you have to help it to grow towards the peak. In the second, excitement is just a beginning. And once the man has entered, both lover and beloved can relax. No movement is needed. They can relax in a loving embrace. When the man feels or the woman feels that the erection is going to be lost, only then is a little movement and excitement required. But then again relax.

You can prolong this deep embrace for hours with no ejaculation, and then both can fall into deep sleep together. This – THIS – is a valley orgasm. Both are relaxed, and they meet as two relaxed beings. In the ordinary sexual orgasm you meet as two excited beings – tense, full of excitement, trying to unburden yourselves. The ordinary sexual orgasm looks like madness; the tantric orgasm is a deep, relaxing meditation.

Then there is no question of how often one should indulge. You can indulge as much as you like because no energy is lost. Rather, energy is gained. You may not be aware of it, but this is a fact of biology, of bio-energy, that man and woman are opposite forces. Negative-positive, yin-yang, or whatsoever you call them, they are challenging to each other. And when they both meet in a deep relaxation, they revitalize each other.

They both revitalize each other, they both become generators, they both feel livelier, they both become radiant with new energy, and nothing is lost. Just by meeting with the opposite pole energy is renewed. The tantric love act can be done as much as you like. The ordinary sex act cannot be done as much as you like because you are losing energy in it, and your body will have to wait to regain it.

And when you regain it, you will only lose it again. This looks absurd. The whole life is spent in gaining and losing, regaining and losing: it is just like an obsession. The second thing to be remembered: you may or may not have observed that when you look at animals you can never see them enjoying sex. In intercourse, they are not enjoying themselves.

Look at baboons, monkeys, dogs or any kind of animals. In their sex act you cannot see that they are feeling blissful or enjoying it – you cannot! It seems to be just a mechanical act, a natural force pushing them towards it. If you have seen monkeys in intercourse, after the intercourse they will separate. Look at their faces: there is no ecstasy in them, it is as if nothing has happened.

When the energy forces itself, when the energy is too much, they throw it. The ordinary sex act is just like this, but moralists have been saying quite the contrary. They say, ”Do not indulge, do not ‘enjoy’.” They say, ”This is as animals do.” This is wrong! Animals never enjoy; only man can enjoy. And the deeper you can enjoy, the higher is the kind of humanity that is born. And if your sex act can become meditative, ecstatic, the highest is touched. But remember tantra: it is a valley orgasm, it is not a peak experience. It is a valley experience!

2 thoughts on “Osho on Tantric love making and Ordinary Sex”