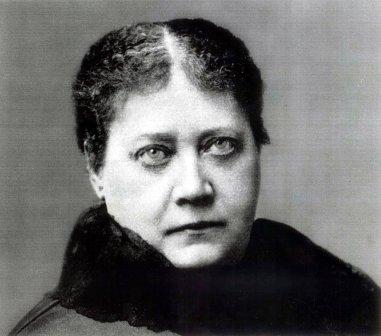 Madame Blavatsky
Osho on The Secret Doctrine – Blavatsky I now bring in a woman. I have been thinking again and again to bring in a woman but the men were crowding at the door — very ungentlemanly! — and they won’t allow a woman in. And the woman who has somehow managed to enter… my God, what a woman! Madame Blah-Blah Blavatsky. That’s how I always call Blavatsky: Blah-Blah.
She was great at writing blah-blah — writing everything about nothing, making mountains out of molehills. And I knew she would be the first woman to enter. She was a strong woman. She somehow managed to push aside all the Patanjalis, Kabirs, Badrayanas, and enter with her seven volumes of THE SECRET DOCTRINE. That is my fifth book. It is almost an encyclopedia, ENCYCLOPEDIA ESOTERICA.
Nobody, I think, can compete with Blavatsky as far as esotericism is concerned — except me of course; I can write seven hundred volumes. That’s why I have avoided speaking on THE SECRET DOCTRINE: because if I speak on the seven volumes of THE SECRET DOCTRINE, then, Inshallah, God willing, I will produce seven hundred volumes, not less than that.
It has been reported to me that I have already spoken three hundred and thirty-six books. My God! God is merciful — merciful because I don’t have to read them. I have not read any of them. But Blavatsky would have immediately made something out of it. That’s what I call esotericism. Three hundred and thirty-six: three-three-six, that means three plus three is six… sixty-six; six plus six is twelve… one plus two… again three!
The moment you come to three then you cannot stop the esoteric; he has got the key. The esoteric will open doors you have never imagined. Three is enough to open all doors, locked or unlocked.
Blavatsky, poor woman — I pity her and love her too, in spite of her face, which is not lovable, not even likable, what to say of love! Her face could only be used to frighten children when they are doing something nasty. Blavatsky had a very ugly face — but I pity the woman: in the world of men, made by men, dominated by men, she is the only woman who asserted, dominated, and started the first religion ever by any woman… Theosophy.
She competed with Buddha, Zarathustra, Mohammed, and I thank her for that. Somebody needed to do it. The man has to be put in his place. I thank her for that. THE SECRET DOCTRINE, although so full of esoteric bullshit, has many beautiful diamonds too and many lotuses. There is much rubbish in it because she was a collector. She went on collecting all kinds of rubbish from everywhere possible, without bothering whether it was useful or not. She was great at putting all that useless nonsense in a systematic way.
A very systematic woman. But there are a few — sad to say only a few — diamonds here and there. On the whole the book is not worth much. I am including it just so that a few women are included in my list and I am not thought to be a male chauvinist. I am not. I may be a female chauvinist, but not a male chauvinist at all.