Osho on Thinking – Our minds always think in terms of dichotomies 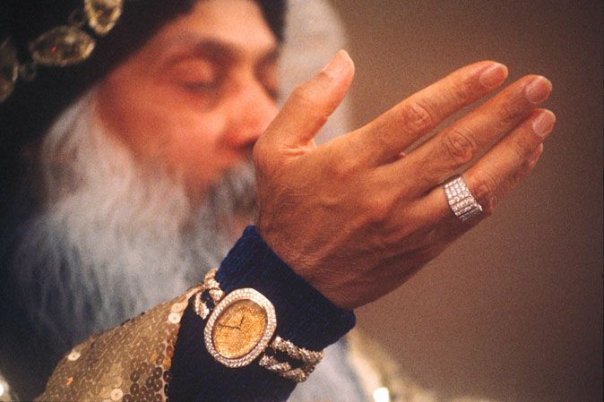 Just like the light is one but through a prism it is divided into seven rays, so, too, the prism of the mind divides everything. That is why if you want to know and realize that which is undivided, you have to go beyond mind.

Do not use your mind as the instrument. It cannot lead you beyond duality. If you use The mind, there will be a creator and that which has been created. This division is false and because of this false division you create false problems and false theologies. You create problems and then you think about the solutions. Because the problems are false, the solutions are bound to be false.

Theology is based on a false assumption: an assumption of duality. Then, problems arise. First you divide the existence, which creates problems. Then you go on solving the problems endlessly. But there is no solution. No theology has come to any conclusions; every theology has moved deeper and deeper into falsehoods.

That is why the new generation has come to a point of discarding all theologies: Christianity, Hinduism, Islam. The few generation has come to a breaking point where they want to discard all the falsehoods that theology has created. You have created the problems and you have created the solutions but you have not asked the basic thing: whether the problem is authentic or whether it has been created because of your mind; whether the problem is your creation or whether it is really a part of the reality.

A blind man goes on thinking about light, but he cannot really think about it. He cannot imagine it, he cannot dream about it, because he has not known it. Light is foreign to him. A blind man cannot even think about the darkness because, even to know darkness, eyes are needed. Without eyes you cannot know the darkness: a blind man knows neither the darkness nor the light.

Ordinarily we think that a blind man lives in darkness. No, their is no darkness for a blind man. Darkness is as much a perception of the eyes as the light. You cannot say to a blind man that light is opposite to darkness because that, too, will be unintelligible to him. A blind man can know light only by becoming able to see. Thinking cannot become seeing.

A new term has been coined by Herman Hesse. The term is appealing. The new term is philosia: the love of seeing. Sia means ’to see’. Philo means ’love.’ And sophy means ’thinking’. So philosophy means ’love of thinking’. We have no term in India for it. We cannot translate the word ’philosophy’ into any Indian language. Our term is darshan. It means seeing. Not thinking, but seeing.

We have known the example of Archimedes. He was thinking and thinking, and came to no conclusion. Then he was lying in his bathtub. Suddenly something was seen. He ran out of his house naked. He had seen something and he ran into the street crying, ”Eureka, eureka! I’ve found it, I’ve found it! I’ve achieved!”