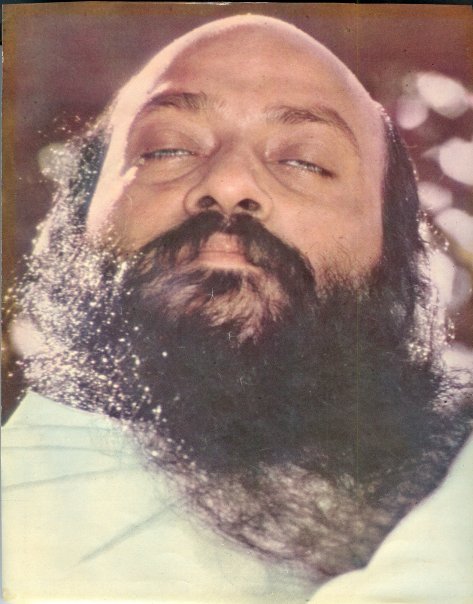 Question : If a Tirthankara desires to be born, Can he take a physical Body?

Osho : Now this is a different matter altogether. If a tirthankara wishes to be reborn a very interesting happening takes place: that is, before death he does not discard his fourth body. There is a way and a method of doing this, and that is by having the desire to be a tirthankara. So when the fourth body is falling away one desire has to be kept alive so that the fourth body does not drop. If the fourth drops birth in the physical form is impossible.

Then the bridge, the connection through which you came, is no more. So the desire to be a tirthankara has to be kept alive through the fourth body. Not all who are worthy become tirthankaras; they go straight along their way without this. There are only a few who become such masters, and their number is fixed beforehand. There is a reason why their number is predetermined. It is predetermined that for a particular age so many tirthankaras would be enough for so many people.

So the desire of becoming a tirthankara has to be very strong. It is the last desire, and if it slips the matter is over. So the seed of desire that ”I want to teach others” must be very strong. One must feel, ”I will show others the way; I will explain to others, I must come back for others.” Then the tirthankara can descend into a physical body. But this means that the fourth body has not been left yet. He steps onto the fifth but he fastens a peg in the fourth body. This peg can be quickly uprooted; hence, it is a very difficult task to maintain it there.

There is a process of making tirthankaras: they are made in mystery schools, it is not an individual happening. In the same manner that a school functions, a group of seekers meditate. Then from among them they find one who shows full promise of becoming a tirthankara; he can express what he knows, he can impart what he knows, and he can communicate it to others. So the whole school begins to work on his fourth body.

He is told to concentrate on his fourth body so that it should not disintegrate because it will be useful in the future. Thus, he will be taught ways and means of saving his fourth body. And more labor and hard work goes into saving this body than in discarding it. It is so easy to let go and allow the fourth body to dissolve.

When all the anchors are pulled up, when the sails are all drawn and filled with the wind, when the vast ocean calls and there is bliss and bliss everywhere, you can imagine how difficult it must be to guard one small peg. It is for this reason that when we address a tirthankara we say: ”You are most compassionate.”

This was the only reason why a tirthankara was so called. The greatest part of his compassion was that when everything was ready for his departure he stayed back for those who were still at the shore and whose boats were not yet ready to sail. His boat is absolutely ready; yet he bears the sufferings of this shore, he endures the stones and the abuses. He could have left anytime; his boat was ready to set sail.

Yet for no reason of his own he preferred to be amidst those who are capable of harassing and even killing him. So his compassion knows no limits. But the desire for this compassion is taught in mystery schools. Therefore, meditators working individually cannot become tirthankaras, because when the peg is lost they will not know about it. Only when the boat has sailed do they realize that the shore is left far behind.

Even persons who have attained the sixth plane – those whom we call Ishwara – sometimes help in the advent of a tirthankara. When they find one worthy enough not to be let off from the shore they try in a thousand ways to keep him back. Even devas who, as I said, are helpful in doing good, take part in this. They go on influencing such a one to save one peg. They tell him, ”We can see the peg; you cannot. But you have to save it.”

So the world is not anarchic, disorderly. There are profound arrangements; there is order within order. Efforts of all kinds are often made – but at times the plans go amiss, as in the case of Krishnamurti. Great efforts were made with him to fix a peg, but they failed. The whole school of seekers made a tremendous effort to preserve a peg in his fourth body, but all efforts failed. Other persons had a hand in this effort.

There were also the hands of higher souls behind this – of persons of the sixth and the fifth planes, and awakened ones of the fourth plane. Thousands took part in it. Krishnamurti was chosen as well as a few other children who showed promise of becoming tirthankaras, but the opportunity passed away without bearing fruit. The peg could not be fixed, and so the world lost the benefit of a tirthankara which could have been possible through Krishnamurti. But that is a different story….