Skip to content
Christianity and Christ Osho on Sexuality - Sex

Osho on Transformation of Sex Energy

QUESTION – BELOVED OSHO, WOULD YOU TALK TO US ABOUT USING OUR SEXUAL ENERGY FOR GROWTH, AS IT SEEMS TO BE ONE OF OUR MAIN PREOCCUPATIONS IN THE WEST. 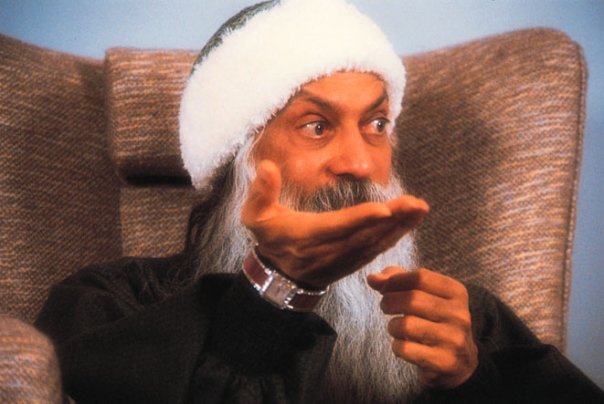 OSHO – Sex is the energy. So I will not say sexual energy — because there is no other energy. Sex is the only energy you have got. The energy can be transformed — it can become a higher energy. The higher it moves, the less and less sexuality remains in it. And there is an end peak where it becomes simply love and compassion. The ultimate flowering we can call divine energy, but the base, the seat, remains sex. So sex is the first, bottom layer of energy — and God is the top layer. But the same energy moves.

I am neither for nor against, because I don’t divide. I say sex is the energy, the name of the energy; call that energy X. Sex is the name of that X energy, the unknown energy, when you are using it only as a biological reproduction force. It becomes divine once it is freed from biological bondage, once it becomes non-physical — then it is the love of Jesus or the compassion of Buddha.

The West is much obsessed today because of Christianity. Two thousand years of Christian suppression of sex energy has made the Western mind too much obsessed with it. First, for two thousand years the obsession was how to kill it. You cannot kill it. No energy can be killed — energy can only be transformed. There is no way to destroy energy. Nothing can be destroyed in this world, it can only be transformed, changed, moved into a new realm and dimension. Destruction is impossible.

You cannot create a new energy, and you cannot destroy an old energy. Creation and destruction are both beyond you. They cannot be done. Now, scientists agree to this — not even a single atom can be destroyed. For two thousand years, Christianity was trying to destroy sex energy. Religion consisted of becoming absolutely without sex. That created a madness. The more you fight, the more you suppress, the more sexual you become. And then sex moves deeper into the unconscious. It poisons your whole being.

After two thousand years of continuous sex-repression, the West became fed up with it. It was too much. The whole wheel turned. Now, instead of repression, indulgence, to indulge in it became the new obsession. From one pole the mind moved to the other pole. The disease remained the same. Once it was repression. Now it is how to indulge more and more in it. Both are sick attitudes.

Sex has to be transformed — neither repressed nor madly indulged. And the only possible way to transform sex is to be sexual with deep meditative awareness. It is just the same as I was saying about anger. Move into sex, but with an alert, conscious, mindful being. Don’t allow it to become an unconscious force. Don’t be pulled and pushed by it. Move knowingly, understandingly, lovingly. But make sexual experience a meditative experience. Meditate in it. This is what the East has done through Tantra.

Remember, sex is always dependent on the other. So in sex, a bondage, a slavery remains. Once you can create this total orgasmic phenomenon without any dependence on anybody else, when it has become an inner source, you are independent, you are free.

That’s what is meant when, in India, we say only a BRAHMACHARI, an absolutely celibate person, can be free — because now he is not dependent on anybody else, his ecstasy is his own. Sex disappears through meditation, but this is not destroying the energy. Energy is never destroyed; only the form of the energy changes. Now it is no longer sexual, and when the form is no longer sexual, then you become loving.

A person who has become non-sexual, and the energy is moving within, has become auto-ecstatic. His ecstasy is his own. Such a person will be loving for the first time. His love will be a constant showering, a constant sharing, a constant giving. But to achieve this, you are not required to be anti-sex. To achieve this, you have to accept sex as part of life, of natural life. Move with it — only move with more consciousness. Consciousness is the bridge, the golden bridge, from this world to the other, from hell to heaven, from the ego to the divine.

Source – Osho Book “My Way: The Way of the White Clouds″

3 thoughts on “Osho on Transformation of Sex Energy”