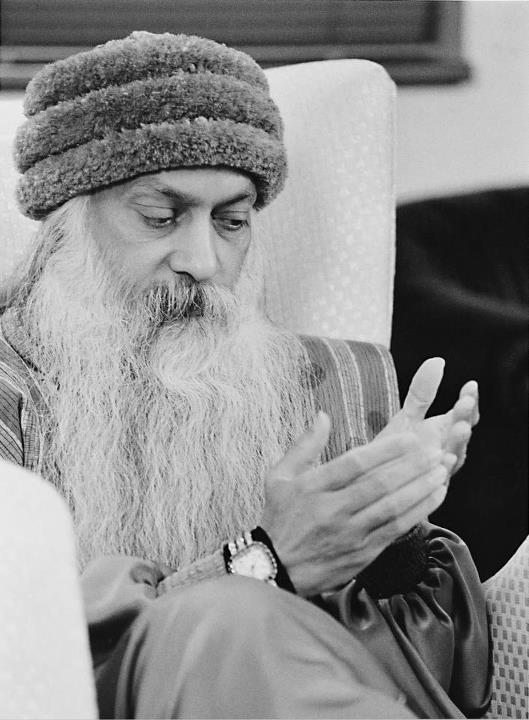 In India it happens many times, more often than not: people abandon their possessions, they renounce, but if you watch them you will see they have not abandoned their greed. In fact, they have renounced BECAUSE of the greed.

I know one man who renounced almost a million rupees many years ago, but he still goes on talking about it. Thirty years have passed, and whenever I meet him, he will again and again bring the subject up that he has renounced a million rupees. And you can see the light that starts shining in his eyes — a million rupees!

The last time I saw him I asked him, “If you have really renounced then why talk about it? What is the point? As far as I can see, you have not renounced at all. The novel man is not born. You are as much attached to those one million rupees, or maybe even more than you were before. Now the very idea that you have renounced a million rupees has become your bank balance. Now you are living on it.” I told him that if he went to God, the first thing he would relate to Him would be his million rupees: “Do you know or not that I have renounced one million rupees?” And he would be expecting something special for himself. This man is the same; the novel man is not born. It has been a miscarriage.

You can renounce, but if you enjoy ego through it, if you feel that you are a great man of renunciation, a MAHATMA, a great soul because you have renounced, you are not an ordinary man, you are not worldly, then your renunciation is not true.

When is the renunciation true? — when you understand the futility. Not out of greed, not because you have to earn something in the other world, but just seeing the futility of it all, you renounce. This renunciation has no effort in it, just a deep insight. Every morning you clean your house and throw the rubbish on the rubbish heap, but you don’t go declaring and advertising to the whole town that again you have renounced much rubbish, again this morning you have done a great deed of renunciation. No, you know that it is rubbish — finished. What is there to tell about it?

The novel man is born when you have a deep insight that worldly things have no value; they are all counterfeit, unreal diamonds, and unreal real diamonds are also so. Real dollars are also as unreal as unreal dollars. When the whole outside world has no value for you, that is a real renunciation. Then you are not attached at all.