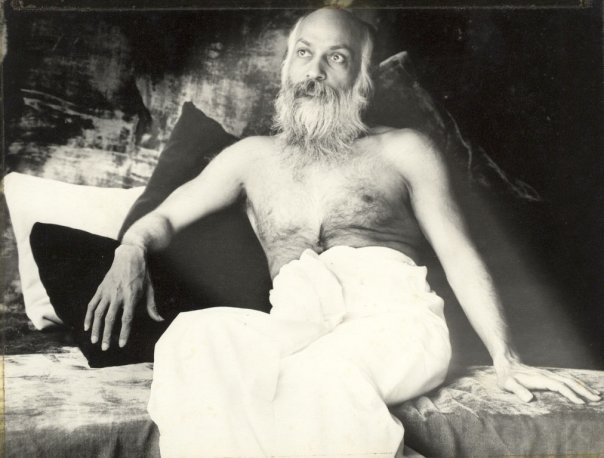 Osho – So you live in two dimensions, on two planes. In the Upanishads they have the story, the parable or the metaphor, of two birds living in the same tree, absolutely alike. One bird sitting on the highest branch, utterly quiet, silent, unmoving, doing nothing, with closed eyes, somewhere in.

The other bird on the lowest branches, jumping from one branch to another, hankering for this flower, for that fruit, competing with this or with that, jealous of this and that – in a continuous restlessness. Slowly slowly, the bird, the restless bird, becomes tired of restlessness.

And the Upanishads say these two birds are not two: two aspects of consciousness. And each one has these two aspects. On the tree of life your innermost witness is sitting right now. The Lotus Flower is blooming in all its beauty and grandeur and splendour.

And you are jumping from one branch to another – competing, jealous, angry, hateful, fighting, doing a thousand and one things and getting frustrated and frustrated….

And one starts moving, attracted by the charisma, by the magic of this silence, and one day becomes one with the innermost core. All changes happen to this restless bird – the rising moon, the waning moon. Nothing happens to the other bird – the witness – it is always the same.