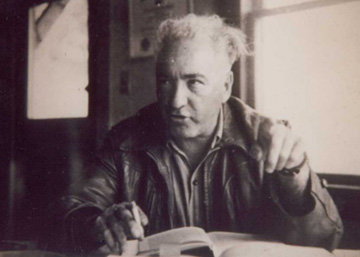 Osho : This is a strange book, nobody reads it. You may not even have heard about it, yet it was written in America. The book is LISTEN LITTLE MAN, by Wilhelm Reich. It is a very small book, but it reminds one of the SERMON ON THE MOUNT, TAO TE CHING, THUS SPAKE ZARATHUSTRA, THE PROPHET.

In reality Reich was not of that status to write such a book, but he must have been possessed by some unknown spirit. LISTEN LITTLE MAN created much antagonism towards Reich, particularly among the professional psychoanalysts, his colleagues, because he was calling everyone ’little man’ – and he was thinking he was so great?

I want to tell you: he was! Not in the sense of a buddha, but in the same sense as Sigmund Freud, Carl Gustav Jung, Assagioli. He belongs to the same category. He was a great man – of course still a man, not superman, but great. And it was not out of his egoism that this book was born; he could not help it, he had to write it.

It is almost like when a woman is pregnant, she has to give birth to the child. He carried this small book within himself for years, resisting the idea of writing it because he knew perfectly well it was going to create hell for him. And it did. After that book he was condemned from every corner.

To create anything great in this world is a crime. Man has not changed at all. Socrates he kills, Reich he kills. No change. They condemned Reich as mad and imprisoned him. He died in jail, condemned, reduced to a madman. He had the capacity to rise beyond the clouds, but he was not allowed. America still has to learn to live with people like Socrates, Jesus, Buddha.

This book should be meditated upon by all my sannyasins. I recommend it without any conditions at all.