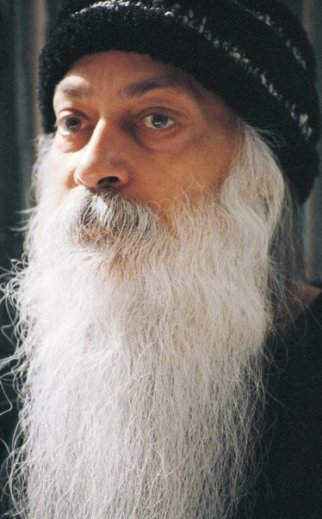 Question – What do you see as the greatest need of Contemporary Woman?
Osho – Because the woman has been dominated for centuries, religion has disappeared from the earth. If religion comes back, the woman will again gain respect. And because the woman has been dominated, tortured and reduced to a nonentity, she has become ugly. Whenever your nature is not allowed to go according to its inner needs it turns sour, it becomes poisoned; it becomes crippled, paralyzed — it becomes perverted.

The woman that you find in the world is not a true woman either, because she has been corrupted for centuries. And when the woman is corrupted, man cannot remain natural either, because after all, the woman gives birth to the man. If she is not natural, her children will not be natural. If she is not natural — she is going to mother the child, male or female — those children naturally will be affected by the mother.

Woman certainly needs a great liberation, but what is happening in the name of liberation is stupid. It is imitation, it is not liberation. Here there are many women who have been in the Liberation movement, and when for the first time they come here they are very aggressive. And I can understand their aggression: centuries and centuries of domination have made them violent. It is a simple revenge. They have become insane, and nobody is responsible except man. But slowly slowly, they soften, they become graceful; their aggressiveness disappears.

This is not liberation, this is a far deeper slavery — far deeper because the first slavery was imposed by men; this second slavery is deeper because it is created by the women themselves. And when somebody else imposes a slavery on you, you can rebel against it, but if you impose a slavery on yourself in the name of liberation, there is no possibility of rebellion ever. I would like the woman to become really a woman, because much depends on her.

She is far more important than man because she carries in her womb both the woman and the man, and she mothers both, the boy and the girl; she nourishes both. If she is poisoned then her milk is poisoned, then her ways of bringing up children are poisoned. If the woman is not free to be really a woman, man will never be free to be really a man either. The freedom of woman is a must for the freedom of man; it is more fundamental than man’s freedom.

And if the woman is a slave — as she has been for centuries — she will make a slave of man too, in very subtle ways; her ways are subtle. She will not fight with you directly; her fight will be indirect, it will be feminine. She will cry and weep. She will not hit you, she will hit herself, and through hitting herself, through crying and weeping, through using these Gandhian methods, she will dominate you.

Even the strongest man becomes henpecked. A very thin, weak woman can dominate a very strong man simply by using Gandhian methods. Gandhi is not the inventor of those methods; they have been used for centuries by women He simply rediscovered them and used them politically.

The woman has been using them for centuries, but only in a family context. The woman needs total freedom so that she can give freedom to man too. This is one of the fundamentals to be remembered: if you make somebody a slave you will be reduced to slavery ultimately, finally; you can’t remain free. If you want to remain free, give freedom to others; that’s the only way to be free.