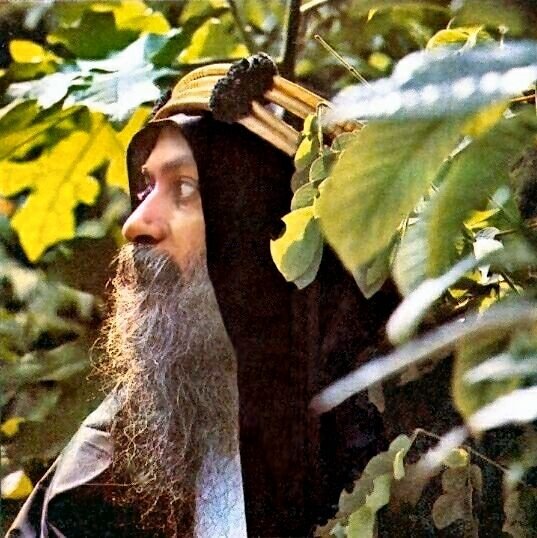 Osho : Yoga says if only we could see that we are not more than a bird on a big aeroplane. In a river, two straws were floating. The river’s flow was rapid and one straw was trying to fight against the river’s current. He was trying to make a dam in the river to stop it. It was not making any difference, he was being carried along. He was only a straw.

The one who was fighting was dying unnecessarily; the one who was flowing was dancing on the stream. Both were flowing – one fighting, dying, distressed, and one rejoicing with delight.

But Yoga says, ”Do not become either of the two straws because the illusion of each of them is connected with one side.” Just think, the river is flowing, neither do you have to make it flow, nor do you have to stop it. And become part of the river.

Do not remain straws, become waves. Then you will become weightless. Then there will be no weight. The whole universe is a family of energy. In that, we are not more than a wave. All is connected. Hence what happens here, spreads all over, and what happens all over, also reaches here. In this universe, whatever is happening, we are all participants in it. Sannyasin and politician, they are not separate.

Hence there is so much anxiety and so much boredom in the West. And everyone is escaping to the mountains and everyone is becoming mad. Here also the same is happening. Yoga says it is ignorance if you think you are alone; it is nonsense. Every single individual is connected. The day one understands that I am one with the whole, immediately all the burden of his worries simply disappear. This is the fourth sutra.