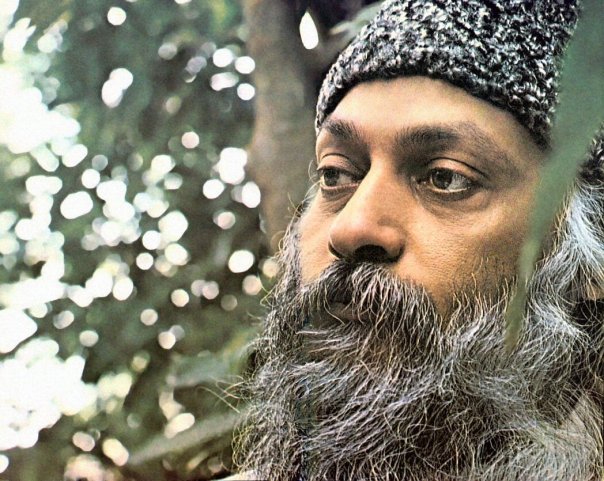 Osho on Zazen Meditation : Let me explain to you what zazen is. Zazen is a deep unoccupiedness — not doing anything outwardly, not doing anything inwardly. It is not even meditation because when you meditate you are making some sort of effort, you are trying to do something: chanting a mantra, remembering God, or even remembering yourself.

That simply means that you are tremendously alive, intensely alive, a fire of being, but not moving anywhere — a reservoir of energy in a deep awaiting. You are just waiting for something to happen, not even expecting, because expectation will again create a ripple of thought and the mind will start functioning. Everything is suspended. You breathe, and that’s all that you do. But that is not a doing, because breathing goes on its own accord.

You have not to do anything but just sit silently. It is said about Bodhidharma that he sat for nine years facing the wall of his cave. The story says that his legs withered away. Nine years sitting silently, not doing anything: he was not chanting a mantra, he was not remembering any God, he was not doing any prayer. He was just sitting, facing a wall. His legs withered away. It is very significant, because legs are symbolic of activity, of movement. All movement disappeared.

Whether his legs actually withered away or not is not the point. The point is that all movement disappeared. The consciousness became an unmoving reservoir of energy, just pure energy not going anywhere. Then came his first disciple, because he would not accept any disciple unless he showed a tremendous intensity to follow. Hui Kujo came. It is said that he cut off his hand and offered it to Bodhidharma, and said,’Turn towards me, otherwise I will cut off my head.’

Bodhidharma had to turn. That was the first movement he had made in nine years. He said,’Wait — so the man has come to whom I can deliver my message.’ Again it may or it may not be that the disciple offered his hand. Again, it is a symbol: hands mean activity. Legs mean movement, hands mean activity. With activity offered, only then is being revealed. Bodhidharma gave his message, his all, to this man who had symbolically shown that he was ready to lose activity.

When Jesus said to his disciples,’Sit ye here,’ he meant zazen: that,’You simply sit and wait, because a tremendous event is on the way. Something is going to happen that I will never be repeated again in the whole history of man. Something unrepeatable, something unique is on the way. You wait, sit, and watch. Don’t make any movement, because even a slight movement of thought, emotion, body, and you may miss the point.

Osho Meditation while flying in Aeroplane, Higher the altitude, Easier is Meditation

Osho – It is always energy being more in one part, less in another, that makes you feel Lopsided