Osho on Zen and Politics – Is Zen against Politics? 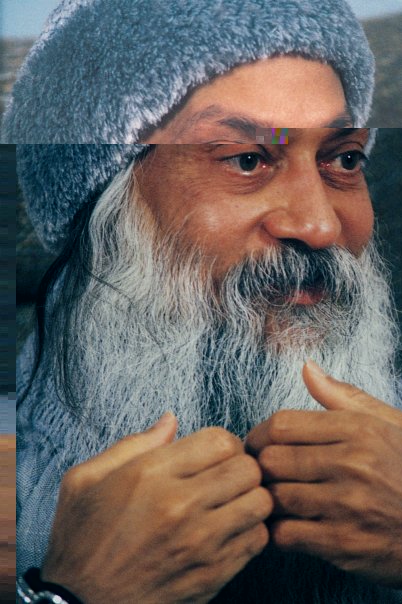 Question – Is Zen against Politics?

So religion as such is anti-political or non-political. But the religions that you see around you — Hinduism, Mohamedanism, Christianity, Jainism, Buddhist are all political. They are no longer religious. Whenever a religion becomes too organized, whenever religion becomes all establishment, whenever religion has a vested interest in the society, in this particular society, in the STATUS QUO, then it is no longer religion. A Buddha is religious, Buddhism is not religious. Jesus is religious — that’s way he was crucified by the politicians — but Christians are not religious, they are very, very political.

A large political meeting was attended by a small boy trying to sell four young puppy dogs. Finally, a man approached the boy and asked jokingly, ‘Are these political pups, sonny?’
‘Yes, sir.’
‘Well, then,’ said the man, ‘I’ll take these two.’

A week later at the same place there was a religious gathering and the same boy showed up to sell the remaining two dogs. A man walked up to him and asked, ‘My little lad, what kind of puppies are these you have?’
‘These are religious pups, sir.’

The first man who purchased the other two dogs happened to overhear this. ‘Say,’ he said, ‘didn’t you tell me that those pups that I bought from you last week were political pups?’
‘Yes, sir,’ said the young dog-seller, ‘but these puppies ain’t — they’ve got their eyes open.’

Politics is blind. It is a blind trip of the ego. One goes on groping to find some source of power so that one can feel, ‘I am somebody.’ Politics comes out of an inferiority complex. Deep down you feel that you are nobody, deep down you are afraid of your nothingness. You cannot accept it. You have to deny it. Politics is a denial of your inner nothingness, religion is rejoicing in it.

I have heard about President Coolidge, one of the great American presidents. When his term was over he declined to stand again for the presidency although there was every possibility that he would be chosen again. He was very much loved — he was such a silent man.

So people started approaching him and asking, ‘Why? Why are you not standing again? It is almost certain you will be chosen.’ But he would say no. And he would say no with very deep, sad eyes. Finally somebody forced him to answer exactly why he went on saying no. He said, ‘Because I have come to know that there is nothing in it and to repeat it a second time will be stupid. I have come to know that nothing is gained by gaining such things. I remain the same person.’

No. A religious person cannot be politician. A religious person, by his very religiousness, is non-political. He approaches life in a totally different way. What is the difference? What is the radical differences The radical difference is that the religious man does not interpret his nothingness as inferiority. That is the revolution. The day it happens that your inner nothingness is not inferiority, that your nothing is your very being…. It is the way God is in you. God’s way of being present is being absent — that’s how God is present in the world. He is so non-violent that he remains absent.

Deep inside you the hole that you feel, the dark hole, is not dark. It is luminous with light. Enter into it. And it is not nothing, it is the very secret of the whole life, the whole existence. It is all. That nothingness is just the way God appears to those people who don’t look deeply. It is a misunderstanding.

The religious man befriends his nothingness. That’s what meditation is all about: befriending your nothingness. He enjoys it. He celebrates it. He dances it. He sings it. He goes again and again into it. Whenever he has a chance, whenever he has the opportunity, he closes his eyes, he drops into his nothingness, he disappears there. What is the very door of God. From there you connect yourself to the divine.

Once you have started enjoying your nothingness, who bothers about politics? Nixon was out walking along the beach at San Clemente and decided to go for a swim. He got out beyond the waves and suddenly began drowning. Three teenage boys happened to come along, dived into the ocean, and pulled Nixon ashore. When he had regained his breath, Nixon thanked the boys. ‘In appreciation,’ he said, ‘I’d be willing to use my influence to help you boys in any way I could. Is there anything special you want?

‘I’d like to go to West Point!’ said one boy.
‘I believe I can arrange that,’ said the ex-President.
‘I’d like to go to Annapolis!’ said another boy.
‘I’ll see to it immediately,’ said Nixon.
‘I’d like to be buried in Arlington Cemetery,’ Announced the third boy.
‘That’s a very strange request,’ said Mr. Nixon. ‘Why would you want to be buried in Arlington Cemetery?’
‘Well,’ said the youngster, ‘my father is a religious man and when I get home and tell him who I saved from drowning, he’s gonna kill me!’

But a religious person will not like to do anything in which somebody becomes a loser. This is violent, this is ugly, this is inhuman. Then what is left for the religious person? He can celebrate his being. He can meditate. In meditation you gain and nobody loses. Only God is infinite, everything else is finite. Money is finite, power is finite… if you have it somebody will not have it. Only God is infinite. You can have as much as you like. You can have the whole of it and yet nobody is a loser. That’s the beauty of religion — it is non-violent joy, it is non-competitive joy.

A panhandler stopped a congressman on a Washington street and asked him for a dime.
‘A dime won’t buy anything these days,’ said the politician. ‘Don’t you want a quarter?’
‘No,’ replied the panhandler, ‘with all the shady politicians around here I’m afraid to carry too much cash.’
He is right.

The anchorman on an educational TV late night news program me surprised his viewers with this announcement: ‘We have good news and bad news for you. First the bad news: our planet is being invaded by Martians. And now for the good news: they eat politicians and pee gasoline.’