Skip to content
Osho on Nature Trees Osho on Zen 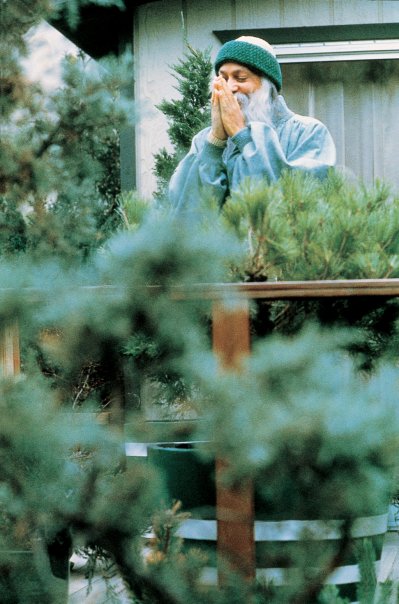 Osho – I am taking away from you all that can create boredom in you. My whole effort is to give you again a natural life — wild, adventurous, dangerous; then boredom cannot exist. The new man will live dangerously. He will live like wild animals, not like tamed animals in a zoo. He will live like trees in a forest, not as trees in a British garden. Even the garden in Britain is boring.

My people have to learn to live like a Zen garden, where nothing is symmetrical, where trees are allowed to grow the way they like. The gardeners are not continually after them, pruning them, giving them a shape.

One beautiful Zen story is that a king sent his prince, who was going to be the next king, to learn gardening with a Zen master. It took three years, and whatever the prince learned… in the garden of the palace, he had one thousand gardeners; he told them how to do all that he had learned to create a garden. After three years the master would come,
and if he was satisfied the prince would pass the examination; otherwise, again another three years.

The master came. It was a beautiful garden — one thousand gardeners were working in it. But the prince was becoming afraid because there was no smile on the master’s face, and finally the master said, “Everything is right, but you will have to come back for three more years.”
The prince said, “What is wrong? You say, `Everything is right,’ then why have I to come back?”

The master said, “Now everything is okay. Without the leaves the garden was looking too man-made; now it looks natural. But as far as you are concerned, you will need three more years, because you have not learned the basic lesson that the garden should not be man-made. Man should help the trees to grow in their own way, in their own individuality.”

A Zen garden is a beauty which no other garden in the world can be compared with… suddenly a pond, suddenly old rocks, trees growing in their own way; it is more a forest than a garden. The forest has something of godliness, the garden is too sophisticated. You cannot be bored in a Zen garden; you can be bored in the garden which Europe has
invented, that is man-manufactured.

A man also should be a little raw, a little wild, ready to live in insecurity, ready to risk, ready to go on the untrodden paths, always ready to take the challenge of the dangerous. Then life is every moment an ecstasy, and boredom disappears.