Osho on Zen swordsmanship as an Meditation method 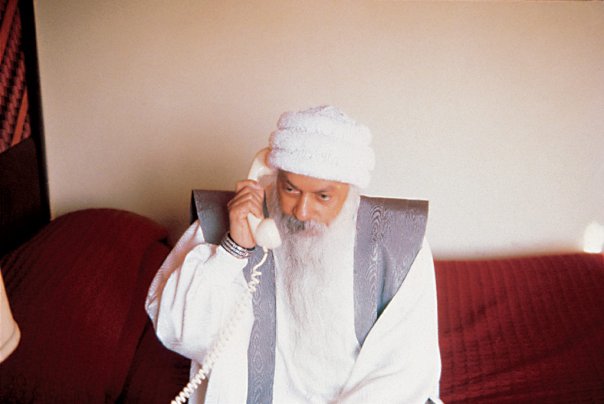 Osho – In Zen, and only in Zen, something of great import has happened. That is, they don’t make any distinction between ordinary life and religious life; rather, they have bridged them both. And they have used very ordinary skills as UPAYA, as methods for meditation. That is something of tremendous import. Because if you don’t use ordinary life as a method to meditation, your meditation is bound to become something of an escape.

In India it has happened, and India has suffered badly. The misery that you see all around, the poverty, the horrible ugliness of it, is because India always thought religious life to be separate from ordinary life. So people who became interested in God, they renounced the world. People who became interested in God, they closed their eyes, sat in the caves in the Himalayas, and tried to forget that the world existed. They tried to create the idea that the world is simply an illusion, Allusory, a MAYA, a dream. Of course, life suffered much because of it. All the greatest minds of this country became escapists, and the country was left to the mediocres. No science could evolve; no technology could evolve.

But in Japan, Zen has done something very beautiful. That’s why Japan is the only country where East and West are meeting: Eastern meditation and Western reason are in a deep synthesis in Japan. Zen has created the whole situation there. In India you could not conceive that swordsmanship could become an UPAYA, a method for meditation, but in Japan they have done it. And I see that they have brought something very new to religious consciousness.

Anything can be converted into a meditation because the whole thing is awareness. And of course, in swordsmanship more awareness is needed than anywhere else because life will be at stake every moment. When fighting with a sword you have to be constantly alert — a single moment’s unconsciousness and you will be gone. In fact, a real swordsman does not function out of his mind, he cannot function out of his mind — because mind takes time. It thinks, calculates. And when you are fighting with a sword, where is time? There is no time. If you miss a single fragment of a second in thinking, the other will not miss the opportunity: the other’s sword will penetrate into your heart or cut off your head.

So thinking is not possible. One has to function out of no-mind, one has to simply function, because the danger is so much that you cannot afford the luxury of thinking. Thinking needs an easy chair. You just relax in the easy chair and you go off on mind trips.
But when you are fighting and life is at stake and the swords are shining in the sun and at any moment a slight unawareness and the other will not lose the opportunity, you will be gone forever, there is no space for thought to appear, one has to function out of no-thought. That’s what meditation is all about.

In fact you don’t decide to jump, you don’t think in a logical syllogism that: here is a snake; and wherever there is a snake there is danger; therefore, ergo, I should jump. That is not the way! You simply jump! The action is total. The action is not corrupted by thinking, it comes out of your very core of being, not out of the head. Of course, when you have jumped out of the danger you can sit under a tree and think about the whole thing — that’s another matter! Then you can afford the luxury.

The house catches fire. What do you do? Do you think whether to go out or not to go out — to be or not to be? Do you consult a scripture about whether it is right to do it? Do you sit silently and meditate upon it? You simply get out of the house. And you will not be worried about manners and etiquette — you will jump out of the window.

Just two nights ago a girl entered here at three o’clock in the night and started screaming in the garden. Asheesh jumped out of his bed, ran — and only then he realized that he was naked. Then he came back. That was an act out of no-mind, without any thought. He simply jumped out of the bed. Thought came later on. Thought followed, lagged behind. He was ahead of thought. Of course, it caught hold of him so he missed an opportunity. It would have become a satori — but he came back and put on his gown. Missed!

Swordsmanship became one of the UPAYAS, one of the basic methodologies. Because the very thing is so dangerous that it doesn’t allow thinking. It can lead you towards a different type of functioning, a different type of reality, a separate reality. You know of only one way to function: to think first and then to function. In swordsmanship, a different-type of existence becomes open to you: you function first and then you think. Thinking is no longer primary, and this is the beauty.. when thinking is not primary, you cannot err.

You have heard the proverb: it is human to err. Yes, it is true. It is human to err because the human mind is prone to err. But when you function out of no-mind you are no longer human, you are Divine and then there is no possibility of erring. Because the total never errs, only the part; only the part goes astray.

God never errs, he cannot err. He is the Whole. When you start functioning out of nothingness, with no syllogism, with no thinking, with no conclusions — your conclusions are limited, they depend on your experience, and you can err — when you put aside all your conclusions, you are putting aside all limitations also. Then you function out of your unlimited being, and it never errs.

It is said that sometimes it has happened in Japan that two Zen people will fight who have both attained to satori through swordsmanship. They cannot be defeated. Nobody can be victorious because they both never err. Before the other attacks, the first has already made preparations to receive it. Before the other’s sword moves to cut off his head, he is already prepared to defend the attack. And the same happens with his attack. Two Zen people who have attained to satori can go on fighting for years, but it is impossible — they cannot err. Nobody can be defeated and nobody can be victorious.

Source – from Osho Book “Ancient Music in the Pines’

One thought on “Osho on Zen swordsmanship as an Meditation method”