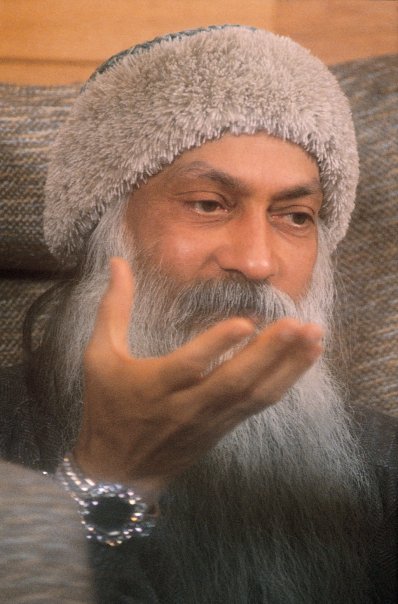 Osho on Zeno : There is a story: one very famous sophist teacher, Zeno… and he was not just a sophist, he was a genius. It is unfortunate that his genius became associated with sophistry because that was prevalent. You pay him money and he can prove anything — anything in the world. You just say it, he has a price for it.

He proved strange things which logicians have not been able to disprove even now, after two thousand years, and whatever he has proved goes against all common sense. But logic listens to the argument, and his arguments are so fine, so refined. For example, he says that when you kill a bird with an arrow, the arrow does not move at all.
This is absurd, because if the arrow does not move at all, then how does it reach the bird? From your bow to the bird there is a distance. The arrow reaches there, the bird is killed — there is proof. This question was asked by one king, thinking that Zeno would not be able to prove this — and he was ready to give any amount of money if Zeno should prove that the arrow does not move. Zeno proved that the arrow does not move, and even up to now there is no way to disprove him.
His argument is that for movement, the arrow has to go from point 1 to point 2 to point 3 to point 4; obviously it has to move from one place to another place, then only will it reach the bird. Moving from A to B or from 1 to 2, it has to pass a passage between A and B; it cannot simply reach from A to B, so you have to make another point between the two. So where there were two points, now there are three points — and you have got into difficulty.
Now he has to reach not only three points but five, because these two gaps are there, and this goes on growing. If you fill these two gaps, then there are five points and there are gaps. And you go on filling ad infinitum… the arrow will never reach the bird. The argument is very solid. What he is saying makes sense — but it is absolute nonsense: the arrow goes and kills the bird. Zeno is not interested in the arrow or the bird.
He says, “My argument proves that nothing moves, nothing can move; there is no movement in the world.” These kinds of people were all over Greece. They dominated the mind; they were constantly debating. Pythagoras was not interested at all in this kind of stupid game.
It sharpens your intellect, but it does not lead you to any truth, to any discovery, to any realization. And even the greatest sophists were getting into trouble, because Zeno himself — who had many arguments which go against reality but could not be disproved — was defeated by his own student. This was the routine: he was so confident, and he had the genius to be confident, that he used to take half the fees in the beginning, and half when the student won his first argument.
This student was strange: he gave half the fee but he told him that he would never give him the other half. Zeno said, “How?” He said, “I am never going to argue! I will accept defeat without arguing. I may lose everything that I have but I am not going to give you the other half of your fee.” Zeno waited, but the man would not even talk about the weather, because some argument may start and there may be trouble.
And he was determined not to pay the fees so as to teach Zeno: “You may be a great logician, but there is a possibility of going higher than you.” But Zeno was not going to sit silently. He put a case in the court against the student: “He has not paid me half the fee.” His idea was that if he wins the case, then he will tell the court, “Force that student to pay the fee.” If he loses the case, no harm — outside the court he will catch the student and will say, “You have won your first argument — my fee!”
So whether he wins or whether he loses, he is going to get half the fee. But he forgot that it was his own student who knew all his techniques and arguments. From the opposite side the student was thinking, “That’s good: if I win in the court, I will appeal to the court that this man should not bother me outside the court, because that will be a contempt of court. And if I lose the case, then there is no problem. Outside I will catch hold of Zeno and say, “Master, I have lost my first argument — you cannot get the fee.”