Osho – Once the idea of uniqueness spreads in the commune, there will be nobody who will try to enforce authority 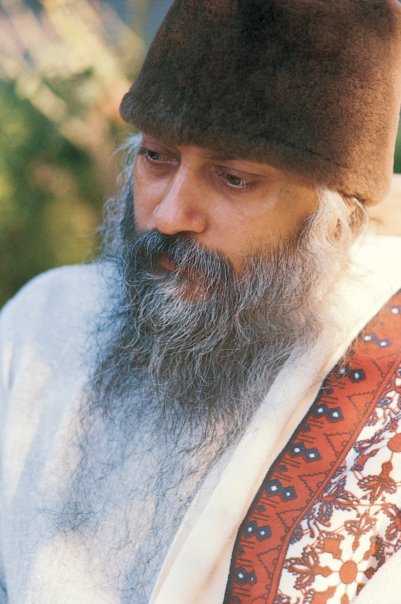 Question – Beloved Osho, How can we Avoid being Authoritative?

The woman lives longer than man, five years longer. The woman falls sick less than man. For one hundred boys born, only ninety girls are born, because by the time the boys will be marriageable, ten will have gone down the drain. At the time of marriage they will be equal, ninety of both. The girl has more stamina, more resistance to disease. She talks about committing suicide but she never does. Men commit suicide almost twice as much as women.

In what way is man superior? But the idea had to be created because it helped man to keep woman a slave. She is inferior, so inferior that in countries like China, woman has no soul. A husband can kill his wife — it is not a crime. It is just like you destroy your chair. It is your chair, you have paid for it: what crime is there? And men have convinced women that they don’t have any soul because they never allowed them to be educated, they never allowed them to move in society. Naturally, they could not argue.

Why is it so difficult to argue with a woman? Nobody thinks about it. If you argue with a woman she will start screaming, crying, throwing things; but she will not argue. And you, seeing this whole scene, will feel it is better to accept whatever she is saying; otherwise she will put the whole house on fire. And neighbors are watching, people in the street are gathering around your house. So it is better — whether you are right or wrong does not matter — to say she is right.

But who has put her in this condition? It is because you never gave her education, you never taught her logic. You never allowed her to be as intelligent as you are because you were always afraid. And you can see the fear in the universities. Women are always ahead of men, they top the list more than men. They always achieve more first class honors than the man. We have created this idea of superiority and inferiority for some vested interests.

The sudras are inferior. Nobody has proved why. There seems to be no reason that the brahmin should be superior and the sudra should be inferior, but you have managed for thousands of years to keep them uneducated. You have kept them doing things which need no intelligence, and you have not allowed them to do anything else.

A man who has been making your shoes — his family has been making shoes for thousands of years, generation after generation. Now there is no need of intelligence. There is no challenge — he has only to make shoes. These are all strategies of exploitation.

My whole point is that everybody is a unique manifestation. So we destroy the whole idea of superiority and inferiority, equality and inequality, and we replace it with a new concept of uniqueness. And every individual is unique.

Just look lovingly and you will see that every individual has something which nobody else has. Once the idea of uniqueness spreads in the commune, there will be nobody who will try to enforce authority.