Osho – One can be a servant to humanity out of misery 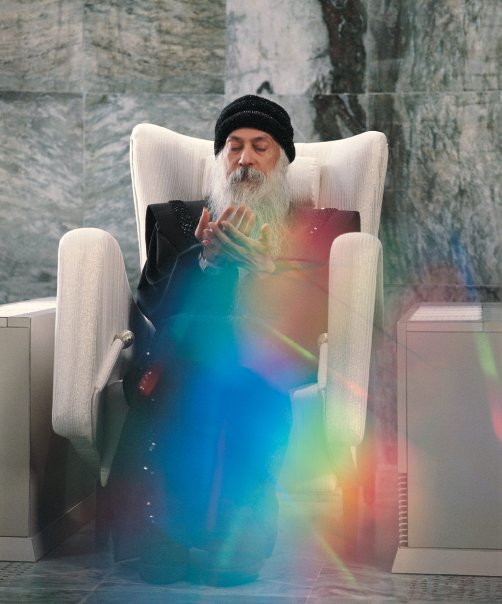 Out of one hundred, ninety-nice so-called public servants are public servants only because of misery. They are miserable people and they have not the guts to encounter their misery, they are not courageous enough to face it so the best way is to become involved in others’ misery. It gives you consolation, you are not the only one who is miserable. Millions are miserable, more miserable than you are. What is your misery compared to their misery? That is a great consolation.

But a person who becomes a helper or a servant out of misery is never really a helper, he harms people. Because you can give to people only that which you have got in the first place. If you are miserable you will carry infections of misery with you, you will vibrate misery, you will pulsate misery, you will create misery in people in such subtle ways that you may not even become aware of what you are doing.

That’s what the so-called missionaries of all the religions have been doing down the ages. They go to help people but they simply make them feel more guilty. They create misery for others. In the name of service they destroy people’s integrity, their confidence, their self-respect. In the name of service they create such guilt in them that they lose all confidence in themselves. They become self-condemnors. They start feeling that they are sinners and that they are doomed… their sins are so much that they are bound to go to hell. Their lives become burdened. And this is because of the people who wanted to help them.

All the so-called religious people have been harming and poisoning people for the simple reason that their own misery is the root cause of their so-called service, help, mission.

In my approach only a blissful person can be a helper of mankind, because a blissful person can share his bliss and a blissful person can accept people with all their limitations. He understands, he is capable of understanding. And he is so blissful that he cannot call people sinners, he cannot see any sin anywhere. He sees only gods and goddesses everywhere. It is impossible for him to believe that there is a hell. If there is a god there cannot be a hell. If there is hell then there can be no god, because god means compassion. If god cannot forgive small sins… who will be able to forgive if even god is incapable of forgiving?

And what are people’s sins? Somebody is smoking cigarettes… and that is sin. It may be a little stupid, silly, taking the smoke in and out, but it is a kind of pranayama, a stupid kind of pranayama. You could have taken fresh air in and out and it would have been far more hygienicly and healthy medically too. It may be a little suicidal but it is not sin.

But people have been condemned for small things. There are religions that condemn tea as a sin. Drinking tea means that you are bound for hell. If that is true then I am bound for hell! (laughter) I must drink more tea than anybody else in the whole world.

Everything becomes a condemnation. Because of their misery the person wants to condemn, he wants to create more problems for you. That is his way of distracting his own mind, he directs it towards others’ problems. And these well-wishers, these do-gooders have destroyed the whole dignity and beauty of human beings. They have been a calamity. Real service arises out of bliss.

So I don’t talk about service, I don’t talk about helping others — in that way I teach you selfishness. I teach you to be blissful because I know, and I know absolutely, that if you are blissful you are bound to share it. Nobody can contain it. If you are blissful you are bound to serve people. And when service comes out of bliss it has a fragrance of its own, a beauty, a grace. It is something divine. Its very touch is healing. It transforms dust into gold. So first become a blissful person