Osho – One has to learn to wait, pray and wait, meditate and wait 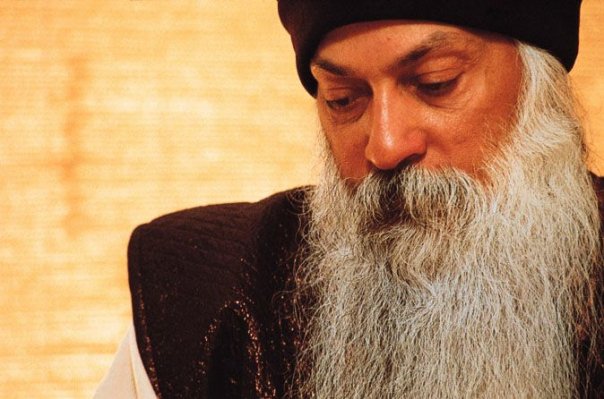 Osho – Man has only to allow; bliss is always established by god. We can create misery but we cannot create bliss. Misery is within our hands, bliss is not. Bliss has to be allowed to happen. It is not a doing, it is a happening. The moment you surrender, misery starts disappearing and bliss is established through surrender.

If you are simply receptive money will not happen. It won’t come and start rushing towards you. Even if you have some, it will leave you; somebody else will possess it. Political power will not happen. You have to fight for it tooth and nail, you have to be absolutely mad for it. The maddest is going to win. And you have to forget everything: you have not to worry about what is good and what is bad, only then you can win in the struggle for money, power, prestige. The law is that whatsoever leads to achieving your end is good.

But there are a few things which cannot be achieved in this way — and they are the real things. So this has to be used as a criterion: that which can be achieved by you is bound to be unreal. The very idea of your ego is unreal, so whatsoever it achieves is unreal. Only things that come to you from the beyond, things which shower upon you, are real. They are gifts of god.

So one has to learn to be a little feminine. The outward aggressiveness is masculine. That’s why it is a man’s world and why man has dominated down the ages. And unless women also become ugly like men they will not be able to dominate in the outside world. Unless they also become cruel, violent, aggressive, unless they also loose their grace, they will not be able to succeed. And even if they lose all their grace they will be second-rate men; they can’t be first-rate because that will not be natural to them.

That’s what is happening through the liberation movement: women are only becoming second-grade men. It is not liberating them, it is simply making them imitators, and all imitation is ugly. A woman has to be a woman. She is equal but she is not similar to man. She has a totally different dimension of existence. Science is masculine, religion is feminine. Science is aggressive, it is an effort to conquer nature. And religion is receptive, it is an effort to be pregnant with god, to allow god to happen.

Friedrich Nietzsche has criticized Jesus very much, and one of his greatest criticisms was that Jesus is feminine, womanish. And I agree with him. I agree with him, he is right, his insight is right — but his criticism is wrong. Jesus is feminine, Buddha is also feminine, Lao Tzu even more so. All the great religious people have been feminine — feminine in a very spiritual sense, not biological. They were receptive people, they made themselves utterly silent and open and they waited. They were patient.

One has to learn to wait, pray and wait, meditate and wait, and then bliss starts happening. Out of nowhere it comes. It is a gift of god. And when something has been felt as a gift of god, gratitude arises. And it is gratitude that is the most significant religious quality. Gratitude is the essence of prayer.