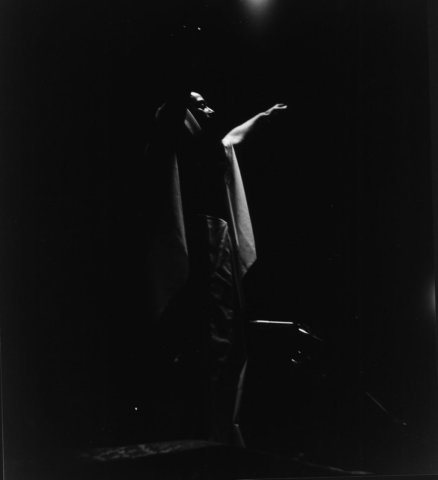 Question – The return is entirely a personal affair. even a very near one cannot understand. it is actually easily possible only for those who have suffered. but, lord, you are calling all. is it possible for them to hear you call your call of love?

Osho – That is not the point. Whether they hear it or not is not the point: I should go on calling. They may be deaf, but I am not dumb. If they don’t listen I will have to call more loudly, that’s all. And when you call a thousand, only a hundred will listen. One can never know who the hundred will be. You call a thousand — a hundred will listen. The very nature of the call is such that only those who are just near awakening can listen to it. Only those whose sleep is almost complete, who are nearing the morning and are getting ready to wake — only they can listen. But you cannot see who those will be.

I was reading the life of a great Japanese poet, Issa. He suffered. He must have been a very, very sensitive man: he was a great poet, he’s one of the greatest haiku poets.

When he was only thirty he had already lost his five children; five children had died by the time he was thirty — almost every year a child died. Then his wife died and he was almost completely mad — in anguish, in suffering. He went to a Zen Master. The Zen Master asked, “What is the problem?” The Zen Master must have been almost like a Buddha, not like Jesus. One who has attained but one who has completely forgotten human misery.

“I have lived a very poor life, but I was happy. Now suddenly my five children are gone, my wife is also gone — why is there so much suffering, and for no reason? I here must be an explanation.”

Issa was a man of deep intelligence. He understood it. He came back and he wrote a haiku. The haiku means: Life, a dew-drop? Yes, I understand. Life is a dew-drop. Yet… and yet….

In that ‘yet… and yet…’ he’s saying something superbly human. “Life is a dew-drop — I understand. And yet….” The wife is gone, the children are gone and the eyes are full of tears:’and yet… and yet….’

Life is very ordinary: eating, earning, loving — very ordinary. Suffering has a depth; it awakens you, it shocks you out of your sleep. Yes, only those who have suffered will understand what I’m saying. ‘And yet, and yet’ — even they may not understand. But this is so, this is how life is. If one becomes despondent because of this and thinks not to call, not to say anything….

For seven days he sat and sat and sat under the Bodhi Tree. Tradition says that the DEVAS in heaven became very disturbed. “Why is he keeping quiet? Only after thousands of years does one become enlightened. Why is he not calling people?”

They came — a beautiful story. They bowed down to Buddha and said, “You should say something. You have attained; you should give the call. The word should spread to people — why are you keeping quiet? We waited and waited. Seven days looked like seven centuries. What are you doing? — don’t waste time. You will only be for a little while more and then you will disappear forever and ever. Before you disappear, give a call.”
Buddha said, “Who will listen? Who will understand? ”

But those DEVAS were very cunning. And it is good That they were cunning. They argued, they persuaded. They said, “Yes, you are right. Rare — rare is the possibility of someone’s listening, and rarest is the possibility of someone understanding. But it is there. Call a thousand: a hundred will listen, ninety will not understand; ten will walk, nine will be lost on the way. Somewhere or other they will think that they have achieved; they will sit by the side and they will think they have come home. Only one will arrive — but one is more than enough.”

Buddha understood. He started preaching. I know it is a very hopeless effort. Knowing well that you will not understand, I go on talking to you. It is as if one is talking to a wall. When Bodhidharma became enlightened he was sitting near a wall, his back to the wall. Immediately he turned and faced the wall. For nine years he would not sit in any other way. Whenever he would sit, he would face the wall. If somebody was there — an inquirer, a seeker — he would have to ask his questions from the back.

People asked, “What foolish posture have you chosen? There have been many Buddhas in the world but nobody has sat facing the wall. Why are you sitting this way? Why are you so crazy? ”

Bodhidharma said, “As far as I know, all the Buddhas have been facing walls” — because wherever you look, there is a wall. That’s not the point.

Bodhidharma would say, “They all have faced walls but they were a little more polite.” He would say, “I’m not so polite, that’s all. I don’t bother a bit what you think of me. I will turn my face towards you only when I see that someone is there who can understand me.”

For nine years he faced the wall. Then one man came. The man said, “Turn towards me or I will kill myself” — he had a sword in his hand. Still Bodhidharma wouldn’t turn. He cut off his hand and said, “Look, the hand is gone. The second thing will be the head.”

Then Bodhidharma turned. He said, “Wait! So you have come” — because only those who are ready to behead themselves can understand.

Osho – Why does suffering exist in the world?