Osho – Only through sensitivity can you discover the universal law 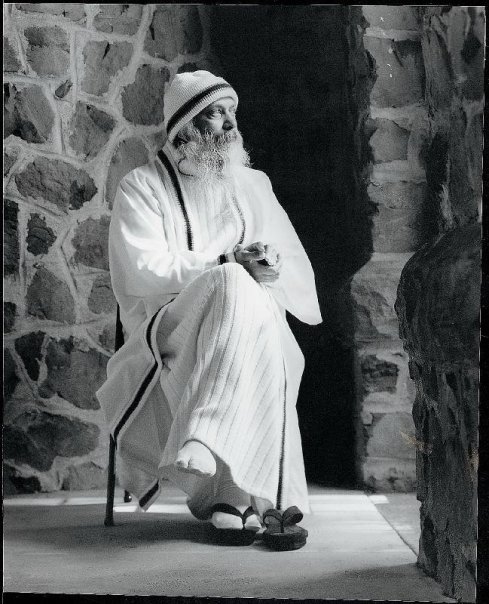 Osho – Dharma is a very special sanskrit word. It means exactly what in chinese they mean by tao, or what in greek they mean by logos – the ultimate law. Not any law in particular…. The law of gravitation is a particular law. And then there are many laws – chemical, biological, physical, but they are all
particular laws.

Dharma is the ultimate law, the law of all laws. So you cannot pinpoint where it is, although it is everywhere. All special laws are just particular manifestations of this universal law. Mm? gravitation is just a limited expression of it. So one that holds all laws in itself is called dharma. Dharmadeva means god of the ultimate law. And you have to start being sensitive towards this tao, dharma, the ultimate law. It is a question of
sensitivity.

Through intellect you can discover particular laws. Only through sensitivity can you discover the universal law. The universal is not available to the intellect. That’s the difference between science and religion. In India, religion is also called dharma, mm? because it is a discovery of the ultimate law, the universal law. Science will go on discovering but it will never come across the ultimate law it cannot. Its very methodology prohibits it. The very approach is for the particular.

So the very methodology of science prohibits it knowing about god, knowing god. And then of course science goes on saying that there is no god. Now this is very irrational. You don’t allow the universal – your very approach is for the particular – and then you say that there is no universal because it never comes in your net… and you have chosen a net. A certain net catches a certain type of fish. The net of science catches the fish of the particular. The universal is such a big fish that no net will be capable of getting hold of it. One will have to go without any nets. That’s what meditation is. That’s what I call sensitivity, understanding.

So start feeling for the universal. Just sitting silently, listen to the universal. This silence of the night… these insects making a noise. Just listen…. Listening to this particular noise, if you bring in the intellect, science comes in. Then you start thinking about what type of insect this is and how it makes such a type of noise… what type of throat it must have, and for what reasons – you have moved into the particular.

Listening to this noise, not brooding about it, not thinking about it – just listening… just listening, becoming more and more sensitive; not thinking, just listening – suddenly you will see that something of tremendous import is arising out of this simple noise. A universal music can be heard through this noise because all noises contain it… but it is a very still, small voice. When you become very very silent it asserts itself in your consciousness.

And when your life is run by the universal law and you are no more a doer, then you have a true life – the life of benediction, bliss. It is not something that you can practice. You can only listen to the universal law and allow yourself to fall into its trap. It is more a sort of let-go.