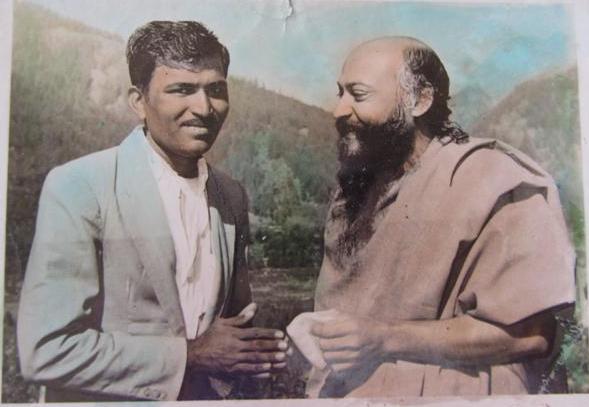 Question : Bhagwan, earlier on you were talking about national characteristics and you were just talking now about the last desire at the moment of death, so if someone gets reborn into some nationality, does that whole national history become part of the body, of the mind, or how does it connect?

Osho – Mostly it never happens, or very rarely. A Dutch is born again in Holland; a Hindu goes on again and again being a Hindu, because his whole conditioning can be adjusted in a Hindu environment. Perhaps, rarely…. I have yet to come across a person who was something else in his past life; now he is an Italian, and in the past life he was a German. People go on being born in the same race, in the same atmosphere. The only change that happens is from man to woman.

Perhaps my people will find it difficult where to be reborn, because now they don’t belong to any race and they don’t belong to any country. But don’t be afraid, we have so many sannyasins throughout the world, you can get born as a sannyasin somewhere — and there are a few sannyasin women, sannyasin men, who want children. But I have not come across a case where somebody is born from Tibet into India, or from India into China. It is unnatural. The soul flows in the same rut to which it has become accustomed.

It is certainly true; it is not a hypothesis. But I don’t want you to believe it, because for you it will not be a truth. I would like you to explore. Go back into your past lives — it is really a tremendous trick, just terrific — and as you go backwards, you are simply amazed what kind of person you are and how many forms you have taken before. And this is a great help, to understand that no form has been a contentment to you. From every form you have died in discontent and despair, so now don’t miss the chance of moving vertically.

It is good for animals to move horizontally. Ordinarily, they also move horizontally, and it is symbolical, really significant. The only animal on the earth standing, against gravitation — walking on four is easier because it is not against gravitation, the force of gravitation is equally distributed all over the body-you are also vertical, just as gravitation is vertical. That’s why in sleep you find so much relaxation, because in sleep you become horizontal. You get tired standing up, sitting long; then you need lying down.

How does that lying down bring you relaxation, rejuvenation? Just being in tune with gravitation. Standing, you are really doing a miracle. You are against gravitation, which pulls everything down, and your heart has to pump blood into your head, upwards. It is a miracle that you are performing every second. Your heart is really a rebel, a revolution against gravitation. It is forcing blood upwards.
It is now a well-established fact why animals have not been able to grow brains: for the simple reason that they are horizontal. In their heads, blood flows so much that the necessary small cells which constitute your brain-seven million cells in your small skull — are so small that in that flood of blood they cannot survive. They cannot be born, either.

Just because man stood on two legs and the head became against gravitation, a very small blood flow reaches to the head and the head can grow a very delicate system of nerves, a delicate combination of cells. But for that a very small and silent flow of blood is needed.

That’s why I’m against anybody doing the headstand posture of yoga. More than three seconds is dangerous; your brain cells cannot stand too much blood coming to them for more than three seconds. And you can see the result: not a single Hindu yogi has contributed anything to the world. Those yogis are standing on their heads, they destroy their brain, and the brain is the necessary instrument to create anything. The Hindu yogis have been the most uncreative people in the world, they have been just the parasites of our society.

So, anybody who is interested in standing on the head, it is really a good exercise — but only for three seconds. Then just be back on your feet. It is good because it refreshes your mind: just a sudden shower of blood and the whole mind is refreshed. All the dead cells will go back when you jump again to your feet, the blood returning back to the body will itself take all dead cells that were hanging around in your head. The exercise is good, but exact timing… nobody should do it more than three seconds.
So, people are continuously born into the same culture, except a few exceptional people — travelers, nomads, who don’t have any home, who don’t have any attachment, who may be born into some new environment. And that’s from where the trouble child is born.

You know the word problem child. It is not the child’s decision to make any trouble, but he is a misfit, he does not belong to your heritage, your conditions, your past. He has some other past, some other conditions, and there is going to be a clash between the parents and the child. Most probably the parents are going to prevail, they will destroy the child’s heritage and force him to belong to them, to their race, to their religion.

And vice versa: you can look into the lives of your geniuses and you will always find in their childhood their parents had as much trouble with them as human beings can tolerate. All geniuses are a trouble in their childhood, and any child who is not a trouble in his childhood is going to do all kinds of businesses — Werner Erhard and all kinds of shops and marketplaces — but he cannot be a genius. It is difficult… he is burdened with his own past, and his parents have burdened him with their past. He is in a kind of split.

Perhaps this will give some insight to you about schizophrenia. Why do some people suffer from schizophrenia? Because from two different directions two conditions meet in them, but they cannot mix and become one, they remain two. Sometimes one is up and the person starts speaking in a different way, behaving in a different way; another time the other is up and the person behaves so diametrically opposite to his normal behavior that all you can do is take him to the psychiatrist. You start thinking he is sick.
He is not sick, he is simply suffering because two long traditions have met in him. All that he needs is to be a witness of both the conditionings and separate himself, disidentify himself from both the conditionings, and the whole schizophrenia will disappear.