Osho – People who take others’ responsibility are responsible for creating retarded, dependent slaves all around the world 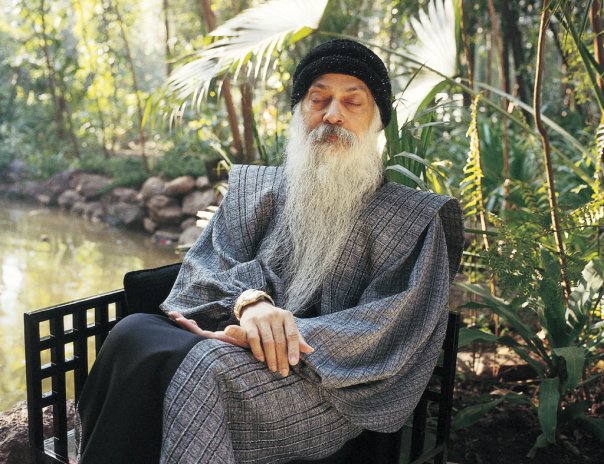 Question – But you don’t think that you are responsible for all the Sannyasins living here, for the life and the future of the children I have seen in this city?

Osho : I am not responsible for anybody. I am not even a member of this commune. I live outside the City of Rajneeshpuram. And I am not a sannyasin, as you can see. It is the commune’s responsibility. I am very irresponsible.

When I was leaving the university, one girl used to love me. But just the way girls are — and particularly in India — she was shy, and I am not the one to chase anybody. I do chasing sitting in my chair… I am just a lazy man. She loved me; and continuously she was sending messages to me. She wanted to get married to me. Then the day of departure came and we were leaving. We had passed our final examinations and then she could not contain it any more.

She pulled me aside and told me, “I have loved you for two years, but I had not the courage to say it. And you are a strange man… I made so many efforts and so many messages, and you just remained as if I am not here.”

I said, “You do not know. It is just out of compassion that I have remained that way, because I am a very irresponsible man. I may marry you, and tomorrow morning I may forget all about you. I may give birth to children and then I will not bother at all what happens to you and your children.” Just out of compassion, I kept out of it. It is enough that I am carrying my own responsibility towards myself That’s why I have never accepted any responsibility for anything.

India’s first prime minister, Jawaharlal Nehru, wanted me to join politics. I was introduced to him by India’s very old seniormost parliamentarian, who had been a member of parliament from 1916 up to 1976. He was known as the father of the Indian parliament. Jawaharlal used to stay at his palace — his father was given the title of rajah, king, so his house had become the palace, and it was palatial.

And Jawaharlal was a man of tremendous intelligence. He talked just for five to ten minutes with me and he said, “You’d better join politics. You don’t waste your time here and there, you have a great future and I am with you and I will support you.”
I said, “Thank you for your generosity, but I am not going to be in any position where I am responsible for anybody.”

Politics means responsibility, and if you are not responsible you have to become a hypocrite. That’s what all the politicians have become. They talk about being responsible and nobody is responsible.

Now, millions of tons of food in Europe have been thrown in the ocean, but they will not send it to Ethiopia. One hundred thousand dollars were needed to take it to the ocean, and they dumped it there — fresh fruit, fresh food. But its presence was going to bring the prices down, and that they would not like. And who cares about Ethiopia? And why should anybody care?

In speeches, everybody will talk about Ethiopia and responsibility, but the real face is totally different. The prime minister of India, Rajiv Gandhi, is one of my friends. He is Jawaharlal’s grandson. If I had accepted Jawaharlal’s offer, perhaps I would have been in his place. He is selling wheat to other countries while half of India is starving and dying.

And they go on talking about sympathy and compassion for the poor… but he needs nuclear weapons. For that he needs money, and India has only raw materials to sell. It has no technology, no high technology. The poor man works his whole life producing wheat and dies starving while the wheat will be sold to purchase uranium to make nuclear weapons.

I have heard about a very super-rich woman. She had come to a holiday resort, to the best hotel. Her boy, who looked perfectly young and healthy, was carried from the car on a stretcher. Even the hotel manager and others thought that there must be something wrong. The young man looked perfectly healthy, in the best of health. They said, “What is wrong with this young man? What has happened?” She said, “Nothing has happened, but he can afford to be carried on a stretcher. Why should he walk?”

Now, this woman thinks she is making the life of the boy luxurious, but she is crippling him. He may become crippled, he may not ever be able to walk. Somebody took the whole responsibility.

It is a known fact that in the whole history of humanity, not a single genius has come from superrich families. And the reason is simple. All that he wanted was available, there was no challenge. When there is no challenge intelligence goes out of function, it is not needed.