Osho – Philosophy is a tranquilizer, Religion is a shock 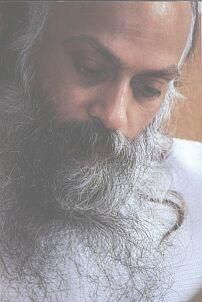 Osho – One man came to me. He was worried; he is the father of a beautiful daughter. He was very much worried. He said, “Every morning she feels a little sick, and I have been to all the doctors and they say nothing is wrong. So what to do?”

So I told him, “You go to Mulla Nasruddin — he is the wise guy around here and he knows everything, because I have never heard him say, ‘I don’t know.’ You go.”

He went. I also followed just to see what Nasruddin would say. Nasruddin closed his eyes, contemplated on the problem, then he opened his eyes and said, “Do you give her milk before she goes to bed at night?”

The man said, “Yes!” Nasruddin said, “Now, I have found the problem: if you give milk to a child, then the child changes sides the whole night from right to left, from left to right, and through the churning the milk becomes curd. Then the curd becomes cheese, then the cheese becomes butter, then the butter becomes fat, then the fat becomes sugar, then the sugar becomes alcohol — and, of course, in the morning she has a hangover.”

This is what all the philosophies are: some explanations of things; some explanation of things which cannot be explained; pretending to know about something which is not known. But they make life convenient. You can sleep better, they are like tranquilizers.

Have you ever observed: you set an alarm; in the morning you want to get up at four o’clock, you have to catch a train. Then in the morning the alarm goes off, and your mind creates a dream: you are sitting in a temple and the bells of the temple are tolling — then everything is explained. The alarm is no longer a problem, it cannot awaken you, you have explained it away — immediately! Mind is subtle. And now psychoanalysts are very much worried as to how it happens, how the mind creates immediately, so immediately. It is so difficult! — the mind must project it beforehand.

How, suddenly, do you find yourself in a church or in a temple where the bells are tolling? The alarm goes off — immediately you have an explanation within the dream. You are trying to avoid the alarm; you don’t want to get up, you don’t want to get up on such a cold winter night. The mind says, “This is not the alarm, this is a temple you are visiting.” Everything explained, you fall asleep.

This is what philosophies have been doing, and that’s why there are so many philosophies — because everybody needs a different explanation. The explanation that helps somebody else to go into sleep will not help you. And this is what Heraclitus says in this passage.