Osho – Religion is the art of creating grace in you 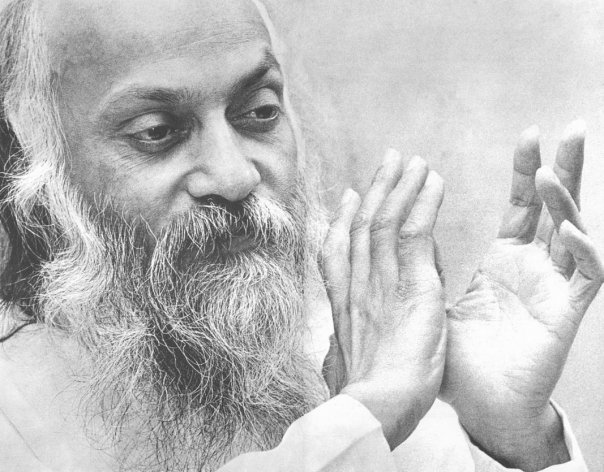 The relationship between you and the existence is impossible if any kind of aggression remains in the mind. Hence Jesus says: Love your enemies too, so that all possibilities of violence disappear. Hence he says: The person who slaps you on one cheek, give him the other too – just to uproot all possibilities of being violent, of being angry.

Anger is just the opposite of prayer. To live in an angry way is to live without prayer. Prayer means gratefulness, prayer means no complaint. Prayer means ”I am thankful for all that has been given to me; more I could not have asked for.” In that very prayerfulness one becomes graceful.

To be graceful is to be religious. Religion has nothing to do with the idea of God or with the idea of heaven and hell and all kinds of other ideas, but religion has something to do with grace. Religion is the art of creating grace in you. Then whether you believe in God or not does not matter. If you have grace, God will believe in you. If you have grace, God will come to you; you need not go to him at all, because wherever grace is, God starts pouring, showering. In a thousand and one blessings he comes. And then there is no need to believe, because one knows.

Source – Osho Book “The Shadow of The Bamboo”

Osho – Every longing is the longing of the mind, and mind is the only barrier

Osho – He (enlightened man) does not answer your questions; he answers you

Osho – Live the material in a spiritual way; bring the quality of the spirit to matter