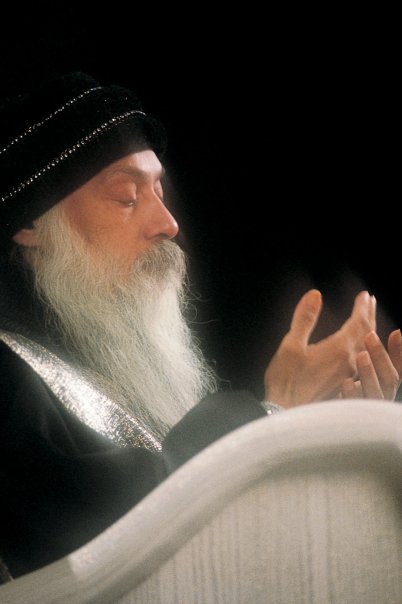 I have come across people who have renounced the world. In the Himalayas I met a Hindu fakir — very old, he must have been ninety years old or even more. For seventy years he had been a sannyasin, for seventy years he had lived outside society. He had renounced society, he had not been back to the plains for seventy years. When he was just a young man of twenty he went to the Himalayas, and he had not gone back to the country again. He had never been in a crowd again, but he was still a Hindu. He still thought of himself as a Hindu.

I told him, “You renounce society but you have not renounced your knowledge, and the knowledge was given by the society. You are still a Hindu. You are still in the crowd — because to be a Hindu is to be in a crowd. You are still not an individual; you have not become a nothing yet.”
The old man understood. He started crying. He said “Nobody has said this to me.”

You can renounce the society, you can renounce wealth, you can renounce the wife, the children, the husband, the family, the parents — it is easy, nothing much in it. The real thing is to renounce knowledge. These things are outside you, you can escape from them — but where and how will you escape from something that is inside you, that is clinging there? That will go with you. You can go to a Himalayan cave and you remain a Hindu, you remain a Mohammedan, you remain a Christian. Then you will not be able to see the beauty and truth of the Himalayas. You will not be able to see that virginity of the Himalayas. A Hindu cannot see it, a Hindu is blind.