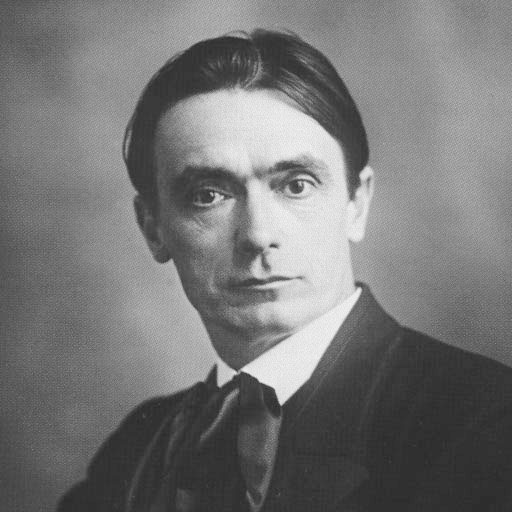 Osho – RUDOLPH STEINER WAS A GREAT MIND, but mind you, I say ’a great mind’, and mind as such has nothing to do with religion. He was tremendously talented. In fact, it is very rare to find another mind to compare with Rudolph Steiner. He was so talented in so many directions and dimensions; it looks almost super-human: a great logical thinker, a great philosopher, a great architect, a great educator, and so on and so forth.

And whatsoever he touched, he brought very novel ideas to that subject. Wherever he moved his eyes, he created new patterns of thought. He was a great man, a great mind, but mind as such, small or great, has nothing to do with religion.

And of course, great talented men find it very difficult to drop their minds; their investment is bigger. For an ordinary man who has no talent, it is very easy to drop the mind. Even then it seems so difficult. He has nothing to lose; still he goes on clinging. Of course, the difficulty is multiplied when you have a talented mind, when you are a genius. Then your whole ego is invested in your mind. You cannot drop it.

Rudolph Steiner founded a new movement called anthroposophy, against theosophy. He was a theosophist in the beginning, then his ego started fighting other egos in the movement. He wanted to become the very head, the supreme-most of the theosophical movement in the world, the world head. That was not possible; there were many other egos. And the greatest problem was coming from J. Krishnamurti, who is not an ego at all. And of course, theosophists were thinking more and more towards Krishnamurti. He was becoming, by and by, the messiah. That created trouble in Rudolph Steiner’s mind.

He broke off from the movement. The whole German section of theosophy broke with him. He was really a very, very convincing orator, a convincing writer; he convinced people. He destroyed theosophy very badly, he divided it. And since then theosophy could never become whole and healthy.

Source: from Osho book “Yoga: The Alpha and the Omega, Vol 10”