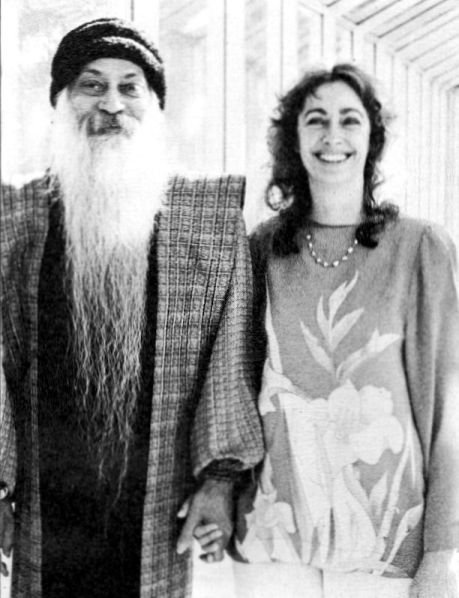 Question – WHY IS IT THAT WE HEAR OF FEWER ENLIGHTENED WOMEN THAN MEN?
Osho – The basic reason is that man is an expert in bragging; women are not. Many women have attained to enlightenment. The number is exactly the same as men — cannot be otherwise, because existence goes on balancing itself — but women are not braggards. They don’t brag much. If they attain they enjoy it. They don’t make much fuss about it.

When a woman becomes enlightened, then again the same thing remains: she does not go preaching all over the world. That is not in her elements. She does not go out making disciples, creating organized religions. That is not in her elements. She enjoys it; she is happy with it. She can dance. She can sing. In her home, sitting silently, she will not bother. A woman does not become a Master. As many women become enlightened as men, but a woman has no qualities to become a Master. This has to be understood.

A woman has perfect qualities to become a disciple. Surrender is easy for her. It is natural, part of the feminine being. Surrender is easy; surrender comes easily. A woman becomes a good disciple. And you will always find: wherever you will find four disciples, three will be women. This will be the proportion all over the world. Mahavir had forty thousand sannyasins — thirty thousand were women. The same proportion with Buddha. You go in any church, any temple and just count — you will always find the proportion three to one. In fact all the religions are supported, fed, by women; but they are disciples.

Surrender is easy to them because surrendering is passive. If you go and surrender to a woman she will feel embarrassed and awkward. If a man comes and falls at her feet, she will never be able to love this man. He is not manly. Go and chase a woman: the more you chase and the more you pray and the more you fall at her feet, the more it will be impossible for her to surrender to you. A woman needs somebody to whom she can surrender, somebody manly enough. A woman has a passive being, man has an active being: yin and yang. They are complementary.

In Indian history there is a case: in the twenty-four teerthankeras of the Jains there was one woman, Mallibai was her name. But one of the orthodoxmost sects of Jains, Digamberas, they don’t call her a woman. They don’t write her name “Mallibai”; they write her name “Mallinatha.” It becomes a male name; it is no longer female.

I have pondered over it much, why. Then I felt Digamberas are right: the woman may have been a woman only in name’s sake; otherwise she was a man. To become a teerthanker, it is so unwomanly. To accept millions of people and their surrender is so unwomanly that the woman was only bodily a woman. Her inner being was of a man.

So Digamberas are right. Swethamberas go on saying that she was a woman: they are more realistic but not right, more factual but not more right. They relayed just a fact, and sometimes facts are not real. Sometimes facts are very fictitious; and sometimes facts can lie so much that fictions will feel ashamed. This is a fact — that this Mallibai was a woman — but this is not reality. Digamberas have the right source. They have forgotten about the fact that she was a woman; they have taken her as man. Her whole being must have been manly.

Rarely it happens. In politics, in religion, whenever a woman succeeds she is more manly than feminine. A Lakshmibai or a Joan of Arc, they don’t look feminine. Just the body, the outer garb is feminine. Inside is a man.

That’s why they are not known much, because unless you become a Master, how will you be known? Your enlightenment remains your inner light. You don’t guide others; others never come to know about it. But this is my feeling: that nature always has a deep balance.

When children are born, for a hundred girls there are a hundred fifteen boys. Because nature knows boys are weaker; more will die. So by the time they come of age for marriage, the number will be equal. Girls are more stubborn. Girls are stronger; they fall ill less. They have more tolerance of many things; they can tolerate hardships. It is just male ego which Goes on saying, “We are stronger.” Muscular power may be Greater in man, but strength is not greater — because fifteen boys per hundred fifteen die, and by the age of fourteen the number is equal: a hundred girls to a hundred boys.

Nature somehow manages. When there is a war: after the war more boys are born, less girls, because in war more men die. It seems really a tremendous phenomenon, unbelievable. How does it happen? In war — the Second World War, the First World War — both the wars have been watched, analyzed: more men are born after the war, the number increases, and less girls are born. Because in war more men have died and the number has to be replaced.

The same is in the spiritual enlightenment also: the same number of women become enlightened as men. There is a balance, but women are not known so much because they never become Masters; or if sometimes they become, then only rarely it happens.