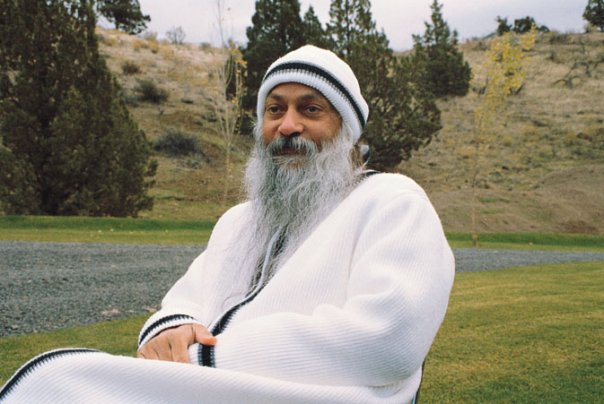 Osho – This whole mind of communicating with people in an attempt to be verified by them simply shows a deep darkness inside; otherwise, there is no need. And I am not saying that when a man becomes full of light he stops communication — no. Only he can communicate, because he has something to communicate. What have you got to communicate? What is there that you can share with people? You are a beggar, you are begging.

Communication is possible only when a song has burst forth in your being, when a joy has arisen, when a bliss has been experienced — then you can share. Then not only communication, not only verbal communication, but on a far deeper level, communion also starts happening. But then you are not a beggar, you are an emperor.

Only buddhas can commune and communicate. Others have nothing to say, nothing to give. In fact, what you are doing while you are talking with people…and people are continuously talking, chattering, if not actually, then in their minds — just as you say that deep in your mind you are also always talking with somebody, some imaginary person…. You are saying something from your side, and you are also answering from the other side; a continuous chattering, a dialogue inside you.

This is a state of UNsanity. I will not call it a state of insanity but unsanity. The whole of humanity exists in the state of unsanity. The insane person has gone beyond the normal boundary. The unsane person is also insane but within boundaries. He remains insane inside, but on the outside he goes on behaving in a sane way. So for him I have this word ‘unsanity’.

Sanity happens only when you become so totally silent that all inner chattering disappears. When the mind is no more, you are sane. Mind is either unsane — that is normally insane, or insane — that means abnormally insane. No-mind is sanity. And in no-mind you understand, you realize, not only your own being but the being — the very being — of existence. Then you have something to share, to communicate, to commune, to dance, to celebrate.

Before that, it is a desperate effort to somehow collect an image of yourself from others’ opinions. And your image will remain a mess because you will be collecting opinions from so many sources — they will remain contradictory. One person thinks you are ugly, hates you, dislikes you; another person thinks you are so beautiful, so graceful, that there is nobody who can be compared to you — you are incomparable. Now what are you going to do with these two opinions? You don’t know who you are; now these two opinions are there — how can you judge which is right? You would like the opinion to be right which says you are beautiful; you don’t like the opinion which says that you are ugly. But it is not a question of liking or disliking.

You cannot be deaf to the other opinion, that too is there. You can repress it in the unconscious, but it will remain there. You will be collecting opinions from your parents, from your family, from your neighborhood, from the people you work with, from the teachers, from the priests…thousands of opinions clamoring inside you. And this is how you are going to create an image of yourself. It will be a mess. It will not have any face, any form, it will be a chaos. That’s how everybody is, a chaos. No order is possible, because the very center is missing which can create the order.

That center I call awareness, meditation — AES DHAMMO SANANTANO. This is the inexhaustible law, the ultimate law, that only those who become aware know who they are. And when they know, then nobody can shake their knowing. Nobody can! The whole world may say one thing, but if you know, if you have realized yourself, it doesn’t matter.

The whole world was saying that Jesus was mad. The day he was crucified, there was not a single person…thousands had gathered — not a single person who was in favor of him. All were thinking he was mad. It was the custom in those days that on particular holidays one criminal could be forgiven. That day was a holiday and three persons were being crucified: two thieves and Jesus.

Pontius Pilate asked the people, “We can forgive one person out of the three. Which one would you like to be forgiven?” He was thinking that they would ask for Jesus to be forgiven, but they didn’t ask for Jesus. They asked for a thief to be forgiven — not Jesus but a thief, a well-known thief — the whole city knew about him. But they could not forgive the innocent man Jesus. Why?

But Jesus is not shaken. The whole world may be against him; he knows God is with him. He dies with a calm and quiet mind, undistracted, with a prayer on his lips — a prayer which is unique. The last words of Jesus are: “Father, forgive them, because they know not what they are doing. Amen….” Forgive them, for they know not what they are doing! They are crucifying him, but his heart is full of compassion for all those people.

When you know, you know so absolutely. When realization happens, it is so ultimate that even if the whole world is against it, it makes no difference at all. You don’t need any validity from anybody else.