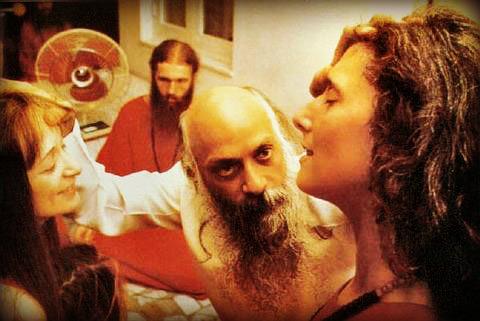 Question : Osho, i would very much like to take sannyas but it will be totally ruinous for my career as orange clothes will not be accepted at my place of work. Is there any alternative to this?

Osho : Shirish Ghurye, remember only one thing: if you really want to do something, do it. If you don’t want to do it, don’t do it, but be clear. Don’t be a hotch-potch, don’t be a mess.

I have heard, a great surgeon was retiring. He had served almost fifty years. He was now seventy-five, still perfect in his surgery. All his friends, his patients, his well-wishers, his students had gathered to celebrate this occasion. Many speeches were delivered in praise of him; he was praised like anything. He was almost a demigod in his world, in the world of surgeons.

But he was sitting there looking very sad, and when finally one of his famous colleagues was praising him and saying that he is the greatest surgeon that has happened down the ages and it will take many centuries again to get such a perfect hand, such an artistic hand, the old surgeon started crying and tears came to his eyes. People were worried about what had happened, and they asked, “Why do you look so sad and why are tears in your eyes? You should be perfectly happy. What more can one expect in life? You are one of the most successful men. ”

He said, “That I know, but I know something else too — I am the most frustrated too because I wanted to become a dancer and not a surgeon. Now I have succeeded — in something which I never wanted to become. My whole life has been a wastage. Even if I had become only a dancer, unknown to the world, I would have been utterly contented. I would have done my thing.”

Remember, if you want to become a sannyasin, become. There will be problems; there are bound to be problems. It is not cheap. You will have to pay the price for it. Yes, you are right, it may ruin your career, but who bothers for a career except stupid people? Career? What does that mean? That you will live safe and you will die safe? That you will live with much money and you will die a rich man? But what about your inner contentment? If your soul remains crippled and paralyzed, what is the point of gaining the whole world?

The real thing is to have the joy, the joy of life, that you lived courageously in your own way and whatsoever was asked as a price, you paid it. And whenever you attain something through paying for it, it is more valuable. If you can get it cheap, it loses all value. Sannyas is costly — particularly my sannyas. If you become a traditional sannyasin, Ghurye, there will be no problem.

Just a few days before a Jaina woman came and started crying. I said, “What is the matter?” She said, “My husband has become your sannyasin. If he really wants to become a sannyasin he should become a Jaina sannyasin. Then at least he will be respectable. Becoming your sannyasin is dangerous. Now people have started thinking that he has gone crazy. Even his own children are suspicious. I myself think that something has gone wrong with him.”

Now she is ready if he becomes a Jaina sannyasin, although by becoming a Jaina sannyasin he will have to leave the house, the family. The wife is ready; she told me, “I am ready. If he has to leave the home and the children and me, we will manage. It will be difficult, but we will manage. By becoming your sannyasin he is not leaving the house — that is the problem. Now the neighbors are asking,’What kind of sannyasin is he? Still living with the family, still living with the wife and the children, still going to work? What kind of sannyasin is he?’

“I am being tortured,” she said, “continuously ridiculed. I am ready if he leaves the home; it’s okay, we will manage. It will be difficult, it is going to be financially difficult, but we will manage. We will be poor, but that’s okay. At least we can keep our heads proud, high. ”

You see, if you become a traditional sannyasin your parents may not be so angry. In fact they may enjoy. People will say, “Look, your son has become a great sannyasin. You are fortunate — the tree is known by the fruit. Look, your son… such a great sannyasin. He has renounced the world.” And your father will feel proud, mother will feel proud. Even your wife, who will be suffering very much because you have left her, even she will feel proud that she is the wife of somebody who has renounced the world, a traditional value. And everybody will be thinking highly of you and your family.

If you become my sannyasin you are crazy, you are mad: “You have fallen in this man’s trap and he is just hypnotizing people and doing nothing. You are a victim.” Everybody will advise you, “Why don’t you go to the psychiatrist and take some help? Why don’t you go to the mountains and rest a little?”
Yes, Ghurye, you are right, it may ruin your career. It is dangerous.

If you want to become a sannyasin right now there are going to be problems. But a real man is born out of facing problems and challenges.

Never decide for the career. Think of consciousness, because that is the only richness. And think of the inner journey. And always be authentic to yourself. For no other consideration should you compromise. A compromising person has no soul. The more you compromise, the less soul you have. By and by you are just nothing, just apparently alive, but deep down, dead. Beware of it.

The soul is born through such sacrifices. I am not saying that there will be no problem. There will be problems — many more than you can think of right now, many more than you can even imagine. Friends will turn into enemies, your own family will start looking at you as if you have fallen from grace, and certainly your colleagues wherever you work will start putting you out of their circle, as if you are an outsider, a foreigner.

But all these problems are worth facing. These are the steps of the temple of God. This is real sacrifice, austerity. And slowly, slowly when one passes through such fire, the gold that you are carrying within you becomes pure; and only through the purity of your inner gold, one day, the golden flower blooms.

I am all for individual freedom, and freedom is the door to God. What do I mean by freedom? To live fearlessly is freedom, to drop fear is freedom. Fear creates our chains.

Now you are afraid of the job, career, family, neighborhood. These are all chains made of your fear. Drop these chains. Live in freedom. Live authentically the life you really want to live. Don’t try to be somebody else, just be yourself.

A great Hasidic mystic, Josiah, was dying, and somebody told him, “Master, why don’t you pray now to Moses, because now you are on your deathbed? Pray to Moses. He will help you in the other world. ”

Josiah opened his eyes and said, “Stop all this nonsense! God is not going to ask me, ‘Josiah, why were you not Moses?’ He will ask me, ‘Josiah, why were you not Josiah?’ Moses has nothing to do with this. I have to answer for myself, why I was not myself, why I betrayed my innermost being. That’s the question!”
Freedom means don’t betray yourself, whatsoever the cost. Remain true to yourself, and you will be true to God.

A parable: In the land of the moths, there is the legend of the Old One. It tells that one night, when the then very young moth was flying about with his friends, he happened to look up and saw a wondrous white light hanging between the branches of a tree. It was in fact the moon, but as all moths are so preoccupied with the candles, street lamps, and other lights that they are constantly circling, our hero and his friends had never seen it before.

With this sight came a sudden and firm resolution: our moth would never again settle for flying around anything else but the moon. And so every night, when the moths would venture out from their resting places and each head for a suitable light, our moth headed upwards towards the heavens.

But the moon, although it seemed always so near, remained always beyond his finite capacity for flight. He never, however, allowed his frustrations to overcome him, and in fact his efforts, though unsuccessful in making him into a lunar astronaut, yielded him one unexpected dividend.

For while his friends and family, his neighbors and co-citizens of moth-land all reviled and ridiculed him, they all preceded him to the grave in the fiery incinerating death of their kind, burned to a crisp in one of those accessible flames they had set as their goal. The Old One died peacefully at a very ripe age, beneath the cool white shine of his Beloved.

Other moths are bound to be angry with you. They will ridicule you because you are insulting them. They feel the insult because they are only living around candles and street lights, and they think that is the only goal worth achieving in life — to go round and round around a candle and then die.

The people who are living for money and power and prestige are going round and round around street lamps. They will naturally be offended by you when you raise your heads towards the moon. They will ridicule you, they will call you mad. They will say, “Nobody has ever attained it. Don’t be foolish. Be normal. Come. How beautiful is this candle, and this street light!”

Sannyas means love for the moon. That very love transforms. It is not a question of whether you reach to the moon or not: that very love transmutes, that very love becomes the alchemy. You are no more part of the ordinary world, you start living in an extraordinary world. The poetry is born in you, the music is heard of the unknown, some dance starts happening. That’s what God is all about. Sannyas is an invitation for God to become a guest in your being. Sannyas is readiness to be a host for God.

3 thoughts on “Osho Sannyas and Career, Sannyas is costly — particularly my sannyas”