Osho – Scriptures are the footprints of the Buddhas, but the Buddhas are gone 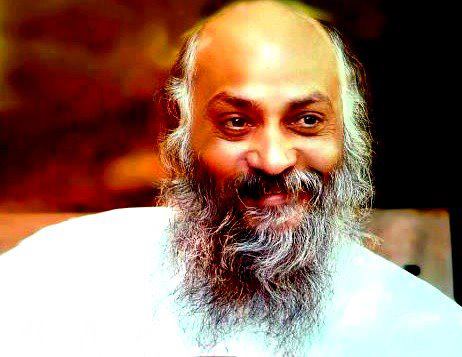 Question : Is it not possible at all that the, great religious, scriptures of the world can help the seeker in his search for god?

He can only search into existence, not for god. He can inquire into the reality that surrounds him, not for God. Yes, but when you go deep into reality you find God. God cannot be the beginning of your search; it is the end, the climax, the culmination. God is the discovery. How can you begin with God?

Once a psychologist and a professor of Jaipur University came to see me. He said, “I am a man of science and I have decided to prove through scientific methods and inquiry, the reality, the truth of reincarnation. ”

I told him, “Do you know what scientific inquiry means? Scientific inquiry means that you have not decided anything at all in the beginning. The inquiry is open. You say,’I am a man of science.’ You are not. And you say, ‘I have decided to prove through scientific methods the existence, the reality, the truth of reincarnation.’ If you have not already proved it, how can you accept it? And if you have proved it already, then what are you going to prove, then what is the point of your inquiry? Either you know the truth of reincarnation — then there is no need to inquire, or you don’t know the truth of reincarnation — then how can you decide from the very beginning that you are going to prove it? This is a prejudiced inquiry; this is not inquiry. ”

Inquiry means you move without any conclusion. Maybe it is true, maybe it is not; maybe something else is true. You simply keep your doors open. Whatsoever the truth, you allow the truth to have its say.

I told the professor, “You are just a Hindu, already prejudiced, believing in reincarnation. Just as Christians don’t believe in it, you believe in it. A Christian also starts a “scientific inquiry” to prove that there is no reincarnation. Will it be scientific? It will only be a Christian inquiry, an effort to use science to prove your prejudices. Your inquiry will be a Hindu inquiry, not a scientific inquiry. ”

The scientist cannot be a Hindu or a Christian or a Mohammedan; the scientist has simply to be a scientist. He can only inquire. Inquiry means you have not arrived at any conclusions, no a priori conclusion. That is the fundamental of all inquiry.

You cannot inquire and search for God. You can only inquire into the reality that is already available: these trees, these rocks, these rivers, these people — you. You have to go into it. No scripture is going to help you, because all scriptures will make you prejudiced and all scriptures will only be borrowed. You will become a donkey.

I have heard… The new clergyman was coming to call, and the mother gave Emma some instructions:
“If he asks your name, say Emma Jane; if he asks how old you are, say you are eight years old; if he asks who made you, say God made me.”
The clergyman arrived in due time, and, putting down his hat and Bible, approached little Emma, and patting her head, asked:
“What is your name, little girl?”
“Emma Jane. ”
“And how old are you, Emma Jane?”
“Eight years old, ” replied Jane.
“Well, well, well! Isn’t that fine! Do you know who made you, Emma Jane?”
The little girl hesitated for several moments, and then she replied, “Mamma did tell me the man’s name, but I’ve gone and forgotten it. ”

Some wasps built their nests during the week in a Scotch clergyman’s best breeches. On the Sabbath as he warmed up to his preaching, the wasps too warmed up, with the result that presently the minister was leaping about like a jack-in-the-box and slapping his lower anatomy with great vigor, to the amazement of the congregation.
“Be calm, brethren,” he shouted. “The word of God is in my mouth, but the devil is in my breeches!”

Just learning words, theories, systems of thought is not going to help you at all. Deep down you will remain the same. Deep down no change has ever happened through knowledge. At the most you can cultivate a beautiful personality, a beautiful outside. Jesus has condemned such people as “whited sepulchres” — just whitewashed from the outside.

Deep inside, how can words change you? Yes, you can cultivate a decorum, you can cultivate a certain character, but the character remains superficial; it is never your consciousness. And only consciousness matters, only what you can see on your own is decisive. All else will make you a donkey, and all the scriptures will prove nothing but cabbages.

Religion lives only while there is a living Master. Once the Master is gone, you have scriptures, words, memories, nostalgia, but the spirit has left. You only have the cage, the bird has flown. That’s how all the traditions have been created. When Jesus was there, there was life in what he was saying. Those words had fire. His passion was in his words; his heart was beating in his words. Those words were hot. Now turn the pages of the Bible — those words are just ashes, just utterly cold. There is nothing left. You will have to again find a living Master.

And the problem is, when Jesus is alive nobody listens to him. He is condemned from every corner. When he dies everybody worships him. The same people who had been condemning him become his worshipers. They start feeling guilty. To put their guilt right they start worshiping; worship comes out of guilt.

The same people who condemned Buddha become Buddhists and go on praising him for centuries. But when the Buddha is alive he is condemned; only very rare courageous people follow him. The general masses are always against a living truth. They are too engrossed in their lies, they are too involved with their futile life, they are too ignorant to see the light or even to raise their eyes, and they become angry easily.

The presence of a Buddha or a Christ creates much anger in the masses, but when the Buddha or the Jesus is gone, the same masses start feeling guilty that they didn’t behave rightly with the man. Now things have to be put right: they start worshiping. But worship is not religion. Worship is a way of avoiding religion, and worship brings no transformation, so there is no risk. You can be a Christian or a Hindu or a Mohammedan; there is no risk.

Come closer to a Master. There comes a moment when you are so close, in deep intimacy, that the flame from one lit candle jumps into another unlit candle. Then the disciple becomes the Master himself. That’s the only way to seek and search, all other ways are just to avoid, pretend.