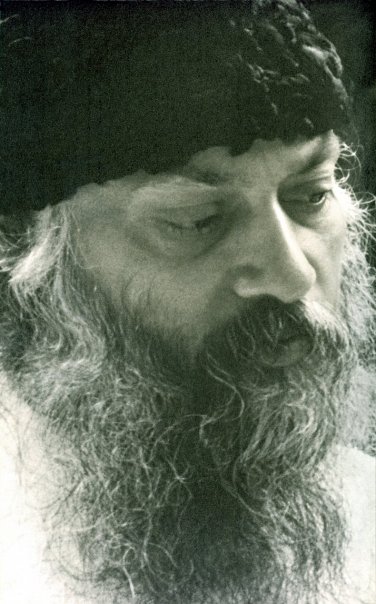 Osho : Like this, such things are given which have no value. You give away in charity that which is useless. You do not have to make much effort to fast – it is only a little trouble to the body. You can do austerities also because it satisfies your ego. But the one and only revolution is the revolution of self-knowledge. Nobody can be free without that revolution.

When there is no inner harmony in you how can you sing the song of the divine? Yes, the Gita can be memorized without having any song within you. When the inner music is so deep that you are absolutely lost in it only then that music, that song becomes the song of the divine. Then one does not remember or think of Krishna and Arjuna or the words of the Gita. You become what is said in the Gita. You yourself become that. Then there is no need to remember all that garbage.

Even the winking of the eyes, this small gesture too will express the truth. Whether you speak or you do not speak, truth will be expressed through you.

You may undertake the journey to the Ganges. Poor Ganges! Why do you bother it? Someone asked Ramakrishna, ”I am going to bathe in the Ganges. Do you think that by bathing in the Ganges all the sins are washed away?”

Ramakrishna was a very simple person. He said, ”Certainly they get washed away when you bathe in the Ganges. When you dip yourself into it, the sins get separated from you and they go and sit on the top of the trees which are on the banks of the Ganges. But after the bath, when you come out of the Ganges, these sins jump back on you from those trees. They had to leave you because of the Ganges, not because of you.

If you do not come out of the Ganges, if you remain in it for ever, only then can you be free of the sins.” That man said, ”But I will have to come out of it at some time.”
”Then there is no point in your going there,” Ramakrishna said.

The Ganges will free you of your sins? But if you have done the sins, how will the Ganges free you from those sins? If the Ganges goes on freeing people of all their sins then the Ganges itself will become very sinful because then it will be burdened with all the sins made by all the people.

Man goes on looking for excuses. Man sins, then tries to find some excuse so that his conscience may not prick him. By taking a dip in the Ganges he feels free of the sin and is again ready to sin. He will sin again and will again bathe in the Ganges. The Ganges did not free you from the sin; actually it made you an expert in sinning, because you found a cheap way of getting rid of it. You did not have to pay much.

The real journey is not very costly – and then most pilgrims travel without tickets, they are not bothered about paying money for the tickets. When so many sins are being washed away by the Ganges, then one more sin will not matter.