Osho – Self-respect and Pride are simply natural to your individuality 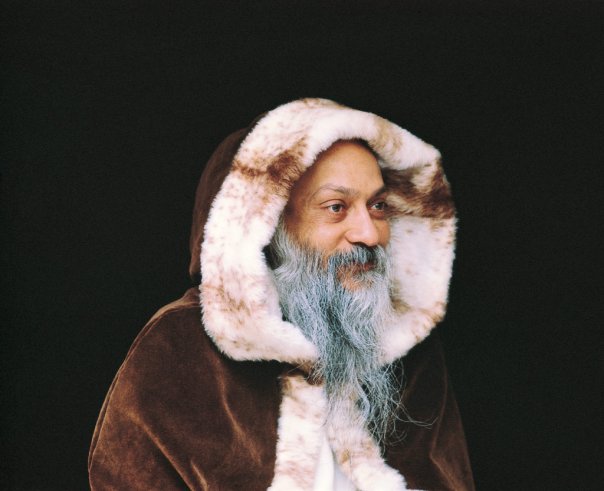 Question – Beloved Osho, what is the difference between self-respect and pride?

In ego you are always comparing: I am superior to others, I am better than you, I am higher than you, I am holier than you – I am a saint and you are a sinner. Whatever the reason, you are comparing yourself as being superior and reducing the other to being inferior. This is the formation of the ego. But pride is noncomparative. It does not say anything about anybody else. It simply says: I am respectful of myself, I love myself, I am proud just to be – just to be here in this beautiful existence. It does not say anything about anybody else. The moment you go into comparison, you start an ugly game.

And your being proud is really nothing but a gratefulness for all that existence has given to you – it is tremendous. We are not worthy of it; we don’t deserve it. We have not earned it, we can’t claim it. It is just out of the abundance of existence that it has given to us everything. We don’t value what we have because we take it for granted.

The man said, ”It is strange that I have not uttered a single word and you have said the right thing – I have come to commit suicide.”

The Sufi said, ”You can commit suicide. But I have one offer: how much would you like to have for both your eyes? The king needs two beautiful eyes and you have beautiful eyes. And the king knows that I always sit at Suicide Point” – that’s what the place was called. ”People come here when they are going to commit suicide …. What are they going to do with those two eyes? They can give them to the king. So whatever you want for your eyes, you just say it; your offer will be accepted.”

The man thought for a moment – how much should he ask? He could not think. Whatever he thought … five hundred thousand rupees? He thought, ”Five lakh rupees for both my eyes? – ten lakh? twenty lakh? ….” But nothing seemed to be the right price. Finally he said, ”Ten million rupees.”

The mystic said, ”That is accepted. You come with me. First we will take your eyes … and I will bring you back here; then you jump and commit suicide.”

On the way the Sufi said, ”But I have a few other customers too. How much would you like to take for your head, without eyes?”

He said, ”You are a strange person. Who would like to have my head without eyes?”
The Sufi said, ”I have a customer. He’s a magician and he needs a skull very desperately and he is not interested in eyes. Anyway he is going to take away all the skin, everything, and clean your skull completely.”
The man said, ”My God! Then how am I going to come back and …?”
The Sufi said, ”That I will manage.”
The man said, ”I have never thought about it. How much will be appropriate? What do you think?”
He said, ”Any offer … it will be accepted.” So the man sold his skull for another ten million.

On the way the Sufi asked, ”Would you like to sell the remaining body too? – because what is the point: you are already dead; your eyes are gone, your head is gone – what is left? There is no point in keeping the body … and I have a customer. He is a scientist and he dissects bodies; he is always in need of bodies, fresh bodies. And he will be absolutely happy because he cannot get such a fresh body, that has only just died. The eyes have been taken, the head has been cut, but the body will still be warm – it is just like a flower torn from the tree while it is still alive; it will take two or three days to fade away.”

The man said, ”But … suicide is finished!”
The mystic said, ”There is no need of any suicide; everything is sold!”
The man asked, ”But who will get all that money?”

The mystic said, ”Of course, I will get it, because you will be gone. Who else can get it? You can think of it as my commission. If you want to take it with you, you can take it, but you will be gone, you won’t need it.”

As they reached the palace he started thinking again: what is he going to do? He had never thought that his eyes have such value, that his skull has value, that his whole body has value … that this man is going to earn thirty million rupees.
He said, ”I don’t want to do this business.”
The Sufi said, ”What about suicide?”

The man said, ”I don’t want to commit suicide either! For the first time I have realized that I am a rich man. Up to now I have always thought that I am a beggar. I was going to commit suicide because I was thinking I have nothing; now I realize how much I have got.”
The mystic said, ”It is up to you – I will have to go back and wait for somebody else – but think again; you won’t get such customers.”

The man said, ”Just leave me alone! You are a dangerous fellow. I used to think that you are a religious saint, always meditating on that hillock. You seem to be the most dangerous man – you were selling me piece by piece, and finally all the money would come to you! I don’t know how many people you have sold, but I can understand why you go on sitting there; that is where your business comes. I will make the whole city aware: Don’t go to that point, and beware of that man – he is dangerous, very dangerous.”

There is no customer; it was all fiction. What will the king do with your eyes, dead eyes? And the magician can get as many skulls as he needs from the graveyard. And every day people die in the hospital and fresh bodies are available to the scientist. So there is no customer at all. It was just to make you aware that you have so many precious things given to you by nature and you are not feeling grateful, you are not feeling prayerful. Don’t you have any gratitude, any thankfulness? Is suicide your thankfulness?”

Indradhanu, pride is not equivalent to ego; neither is self-respect equivalent to ego. Ego is comparative, and because it is comparative it is ugly, it is sick. The very idea that ”I am superior to you” – for any reason – is inhuman. But being proud of oneself does not make anybody inferior. In fact it shows the other also the way to be proud of himself, to be respectful of himself. I am against the ego, but not against pride, not against self-respect. Those are the most important human qualities.