Osho – Sex has become synonymous with life in the West 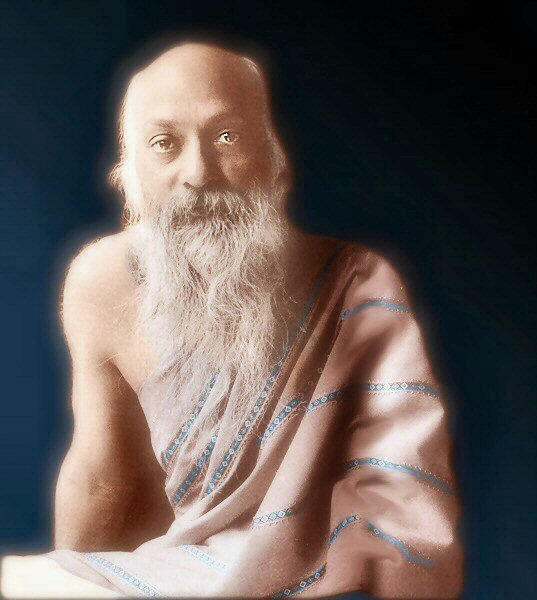 [A sannyasin says he is afraid of sex and his partner also feels low sex energy. Osho checks his energy.]

Osho – My feeling is that your need for sex is almost nil. If you had been in the East you would have rejoiced, because you are a born celibate, and in the East people cherish it. They know the secret of it – that your energy is ready to move on a higher plane.

But in the West one starts feeling guilty. One starts feeling miserable, because the West understands only one layer of the energy and only one dimension. And if that dimension is not functioning, the western mind feels at a loss. It feels that life is meaningless – What are you doing?

Sex has become synonymous with life in the West. It is not; it is only a very small part. It has something tremendously important to contribute but it is not all the story. It is just the beginning. It will be even more correct to say it is just the preface, not even the beginning.

Your interpretation is creating trouble for you. Your need is nil – your mind says you have to go into it. Your mind forces it and your need is nil, so you become afraid. You know that the energy is not cooperating with you, so it is almost a violence on your being. How can you enjoy it if it is violence ? You cannot be total in it. And you will feel nervous and you will feel shaky, because you are moving into a certain space which is not needed by you. You have to move to some higher spaces. And your energy is ready to take a jump.

This is your conflict – you will have to understand it, otherwise you will remain unnecessarily miserable. In fact you should be happy that your work with sexual energy is finished and that now your energy is free to do some higher work. And there are layers and layers; there are higher realms available. And you will only enjoy those realms; you will not enjoy sex – you have to drop the very idea. Once in a while, when the natural urge arises, it is okay.

But my feeling is you have been forcing it; you have made it a will thing, an ego trip. You have to prove yourself. You are trying to perform something, hence you become afraid and self-conscious and nervous. And with all this you cannot go into it, so you try again, and you try more than is needed. And the more you fail, the more miserable you become. Simply forget about it!

And it is good that the woman you are with is also not a sex maniac. It is very good. If she were a sex maniac, then there would have been more trouble. She also wants to put it aside. Once in a while when both are feeling to go into sex, it is good, but that will be very rare. And then there will be no fear, no nervousness, because there will be no question of performance – you have accepted your state.

But my feeling about you is that you are ready to go into some new space – higher, better, superior, more graceful. And when this conflict with sex disappears and you accept the stage you are in, much love will arise in you. And it will not be sexual love – it will have a different quality: it will be more like friendship, more like prayer, more like creating music, singing a song, looking at the sunset. It will have all those qualities. It will be more aesthetic, less sexual. The sexual love remains a little coloured with violence; it remains a little crude. It can’t be very soft; it can’t have grace and dignity. It is anger; it is our animal heritage.

So don’t feel unnecessarily miserable. In the East, people try hard to attain this state, and if somebody is born with it he is put very high. And their understanding is right, their vision is right. The western psychology is just a very very primitive effort to know man’s being. It just knows the abe. The East has known the xyz too. It has known the whole spectrum, from alpha to omega.

Put more energy into being more loving. And forget this hankering – this is stupid! If once in a while, not out of your will but because it just happens spontaneously, then it is good. And then there will be no problem. Because it is a question of will you become nervous. Always remember: nervousness comes only because of will.

For example, you can talk perfectly well to people. Just stand on a stage and talk to the same people. Now, if you take these people here, mm ? You know everybody, you can talk with them, you have been talking to them your whole life. Just stand on the stage and say ’Ladies and gentlemen’… and there is nervousness. Because now you are on a will trip. Now you want to perform – now you want everybody to see that you are a great orator or something. Now you are not simple, you are not interested in communicating; you are interested in impressing. Now it is no more a question of saying something, of sharing something. It is an ego trip. You want to prove something, that you know more; now you will be in trouble. Your legs will start shaking.

People who have been speaking their whole life…. I used to know one vice-chancellor – I was a professor in the same university. He had been a teacher his whole life, but whenever he stood up, he would tremble. Once it happened that I was presiding at a meeting which he was to address. I gave him a piece of paper with a note on it. He took the piece of paper in his hand and his hand was shaking so much that the whole audience became aware… because of the piece of paper. Otherwise he used to keep his hands….

Later on he told me ’You played a trick on me. You should not have given that piece of paper to me. You made me look like a fool.’ I said ’I never knew why you keep your hands in your pockets when you speak.’ He said ’I shake all over. I perspire.’ ’Why? These are your students, your colleagues; nobody is your-enemy here….’ But the moment you want to impress, then everybody’s ego is in conflict with your ego. And the same happens anywhere.

If making love becomes an ego trip and you want to prove to the woman that you are the greatest lover – never before has there been such a lover in the world and never again is there going to be – you are going to be in trouble! You will shake, you will tremble, you will perspire… and love can happen in a very spontaneous, natural way. That’s why, when you are with her (your partner) you are not so afraid, but when you are with a new woman you are more afraid – because with her you have become settled. She knows that you tremble a little, that you are afraid a little – it’s okay. She understands and she loves you. But with the new woman, she does not love you, she does not understand you, she has no intimacy with you, and you want to prove that you are somebody special, that she has never known such a man, that you are a man!

That idea of being a macho will create trouble for you. Drop this machismo, and forget all about it. And there is no problem; you are creating it. Put more and more of your effort into meditation. You will be surprised: the energy that goes into sex will start going into meditation, and sooner or later you will be having the same kind of orgasmic experiences through meditation as people have through sex.

The sexual orgasm is bound to take too much energy out of you. It is a sheer wastage. It gives very little and takes very much. In the meditative orgasm, with no energy investment from your side the same quality – deeper, higher, profounder – happens. Later on you will find yourself more energetic than before. The orgasm will leave you with more energy, with more vibrant energy than before. And this is possible. For six months just forget about sex as if it has no meaning. Once in a while if it happens, allow it, but don’t think about it and don’t just manage to go into it. Don’t try at all.