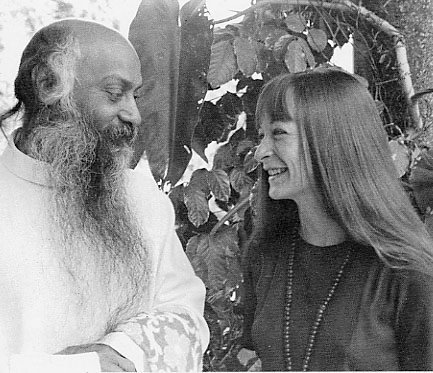 Question – Should one first come to terms with ones own Loneliness before entering into relationship?

Loneliness is always worried, missing something, hankering for something, desiring for something; aloneness is a deep fulfillment, not going out, tremendously content, happy, celebrating. In loneliness you are off center, in aloneness you are centered and rooted. Aloneness is beautiful. It has an elegance around it, a grace, a climate of tremendous satisfaction. Loneliness is; beggarly; all around it there is begging and nothing else. It has no grace around it. In fact it is ugly. Loneliness is a dependence, aloneness is SHEER independence. One feels as if one is one’s whole world, one’s whole existence.

So whenever you move in any relationship out of loneliness, the relationship is already on the rocks. Even before it has started, it is already on the rocks. Even before the birth, the child is dead. It is going to create more misery for you. And remember, when you move from your loneliness you will fall in relationship with somebody who is in the same plight, because no man who is really living his aloneness will be attracted towards you. You will be too below him.

He can, at the most, sympathize, but cannot love you. One who is on his peak of aloneness can only be attracted towards somebody who is also alone. So whenever you move out of loneliness, you will find a man of the same type; you will find your own reflection somewhere.

First become alone. First start enjoying yourself. First love yourself. First become so authentically happy that if nobody comes it doesn’t matter; you are full, overflowing. If nobody knocks at your door it is perfectly okay — YOU are not missing. You are not waiting for somebody to come and knock at the door. You are at home. If somebody comes, good, beautiful. If nobody comes, that too is beautiful and good.

THEN move into relationship. Now you move like a master, not like a beggar. Now you move like an emperor,. not like a beggar. And the person who has lived in his aloneness will always be attracted to another person who is also living his aloneness beautifully, because the same attracts the same. When two masters meet — masters of their being, of their aloneness — happiness is not just added, it is multiplied. It becomes a tremendous phenomenon of celebration. And they don’t exploit, they share. They don’t use each other. Rather, on the contrary, they both become one and enjoy the existence that surrounds them.

Sometimes, by the ocean, they will both be looking to the farthest possibility that the eyes can see. Whenever two lonely persons meet, they look at each other, because they are constantly in search of ways and means to exploit the other: how to use the other, how to be happy through the other. But two persons who are deeply contented within themselves are not trying to use each other. Rather, they become fellow travellers; they move on a pilgrimage. The goal is high, the goal is far away. Their common interest joins them together.

Ordinarily the common interest is sex. Sex can join two persons momentarily and casually, and very superficially. Real lovers have a greater common interest. It is not that sex will not be there; it may be there, but as part of a higher harmony. Listening to Mozart’s or Beethoven’s symphony, they may come so close, so close, so close, that there may be love. They may make love to each other, but it is in the greater harmony of a Beethoven symphony. The symphony was the real thing; the love happens as part of it. And when love happens of its own accord, unsought, unthought, simply happens as part of a higher harmony, it has a totally different quality to it. it is divine, it is no longer human.

Man has not to do anything to be happy. Man has just to flow and let go. So, the question is: should one first come to terms with his own loneliness before entering into relationship? Yes; yes, absolutely. It has to be so, otherwise you will be frustrated, and in the name of love you will be doing something else which is not love at all.

Source – from Osho Book “Come Follow to You, Vol 4”