Osho – Spiritual rebelliousness can only come out of compassion and meditation 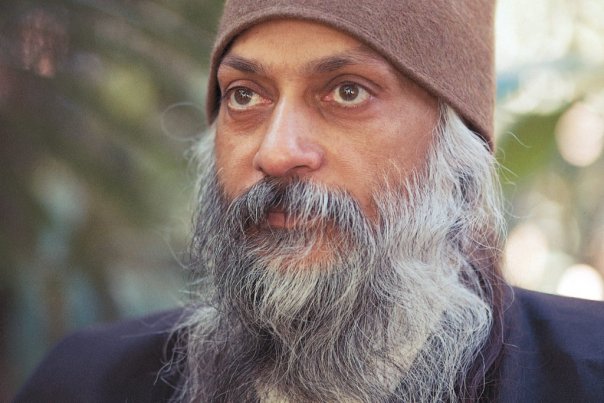 Question – Beloved Master, What is compassion for a rebellious man?

Osho – Raso, rebellion itself is the compassion. It is not a reactionary approach towards life. It is out of compassion that a man of understanding becomes a rebel.

You are asking, “What is compassion for a rebellious man?” Rebellion itself is his compassion. It is out of compassion that he has become rebellious, otherwise there was no need for him.

What is the need for me to be a rebel? I could have lived silently in the Himalayas, without unnecessarily being bothered by all kinds of idiots. What am I going to gain by my rebelliousness and by my teachings about rebellion, except condemnation from all quarters, from all over the world? But there is no need for me to gain anything. What life could give to me it has given — it has given more than one could ask for. It is just out of love, out of compassion, that I will welcome any crucifixion, but I will continue till my last breath to raise people’s consciousness, to instill their beings with the dreams of a beautiful future. And I will go on convincing them that the past has been ugly and nightmarish — that if you go on living according to the past, you don’t have any more future.

But with this enlightenment, this liberation, comes a tremendous compassion for all those who are struggling for the same aim. I would like that the world becomes more helpful to everybody to become awakened. Right now it is helpful only to keep you as much asleep as possible.

It is out of my love and compassion that I would like to go on sowing the seeds of rebellion in as many hearts as possible. Perhaps existence wants me to be a vehicle to save man from committing suicide; and not only to save man, but at the same time transform him also. Because this kind of man, as has existed in the past, is out of date, he cannot continue — either he has to die or he has to transform. Rebellion, to me, is the only saving device, and it is out of compassion — for no other reason.

Hymie Goldberg was striding happily along the street on his way to work, when his old friend, Mr. Cohen, caught up with him.
“You are pretty happy this morning,” said Mr. Cohen.
“That’s right,” smiled Hymie, “I have finally cured my wife of her habit of yelling at me all the time.”
“And how did you do that?” asked Mr. Cohen.
“Well,” laughed Hymie, “I have convinced her that yelling at me was making a nervous wreck of the dog.”

Man has lost compassion for man. He may be compassionate towards animals, he may be compassionate towards trees. In the Himalayas, there has been a movement going on for almost ten years — a very new concept. The people who live in the Himalayas love the trees and their trees are being cut, brutally, thousands every day. Just ten years ago an uneducated man started a movement, and it spread like wildfire all over the Himalayas. In the Himalayas, it is called “Chipko Andolan.” It means, “cling to the tree movement.” When people come to cut the tree, you simply cling, hug the tree, and be ready to die with the tree — but don’t allow the tree to be cut.

So thousands of people are clinging to the trees, and the government contractors come and they are standing there… what to do? They cannot use their electric saws and cut the people with the trees. The movement is immensely successful, although the government is jailing, punishing those people who are preventing the trees from being cut. But the moment they are out of jail, they go back again. It seems they have slowed the process, and it is also possible that they may have succeeded.

These people — who are so compassionate to the trees that they are ready to die for them — murder human beings. With human beings their relationships are of cruelty, barbarousness. And they are primitive people; a few tribes even sacrifice men to their god, and then they eat the flesh of men. It is very strange that they are so compassionate towards the trees — to protect them they are ready to die; they risk imprisonment because they are preventing government work.

It would have been perfectly right if they had said that the wife is also allowed, once in while, to beat the husband; then it would have kept more peace in the house. If peace is the goal, then both should be given the opportunity to create it. And the people who have written such things are thought to be great saints! And if I say anything against them immediately somebody’s religious feelings are hurt, immediately the government sends an unbailable arrest warrant. This has been going on my whole life.

So I had told my people to look around and see what kind of charitable trusts are acceptable to the government. They found a trust in Bombay which is tax-exempt, and the man who has that trust is a retired government officer; he collects many donations for stray dogs.

Every day in his beautiful car he goes around the slums of Bombay, where you will find stray dogs — and worse than that, stray human beings. Children with big bellies and shrunken bodies, standing by the side of the dogs just in the hope that they can get something to eat from the dog food. And that man, sitting in his car, is feeding the dogs; and those children are standing by the side waiting, so that if something is left they can eat it.

This is charity. And this man must be pocketing all the donations that are coming to him, because dogs cannot complain. They cannot say whether he comes every day or not, what kind of food is being given to them, whether it is edible or not, how much is being given, to how many dogs it is being given — dogs cannot report. It all depends on the man keeping the register: that he is feeding five hundred dogs, or one thousand dogs, and how much money is being spent per dog…. And he goes on collecting donations, and the government allows him to be a tax-exempt, charitable trust.

I am giving you a totally new philosophy, absolutely fresh. Political rebels have existed, but spiritual rebelliousness can only come out of compassion and meditation. And unless it comes out of meditation and compassion it is not worth anything. But I hope… in spite of the darkness all around, I still hope that when the darkness is too much, the dawn will be very close.