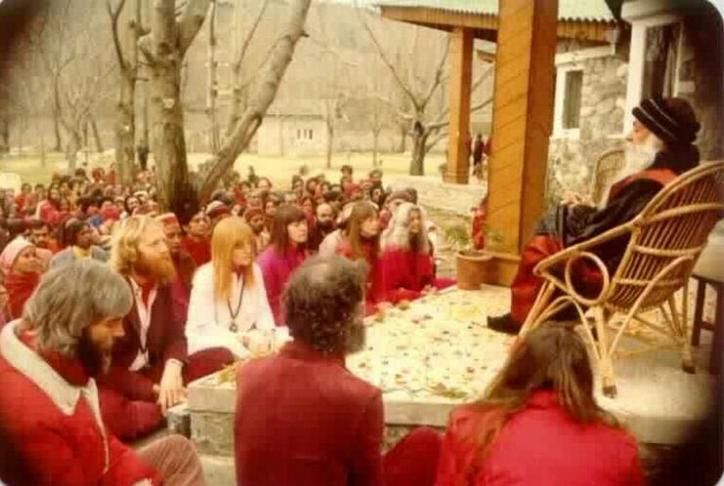 Osho – I have heard a story. It happened in Ajmer… You must have heard about one Sufi mystic, Moinuddin Chishti, whose dargah, whose tomb, is in Ajmer. Chishti was a great mystic, one of the greatest ever born, and he was a musician. To be a musician is to be against Islam because music is prohibited. He played on the sitar and on other instruments.

He was a great musician and he enjoyed it. Five times every day, when a Mohammedan is required to pray the five ritual prayers, he wouldn’t pray, he would simply play on his instrument. That was his prayer. This was absolutely anti-religious but nobody could say anything to Chishti. Many times people would come to tell him so and he would start singing, and the song would be so beautiful they would forget completely why they had come.

He would start playing on his instrument and it would be so prayerful that even scholars and pundits and maulvis who had come to object, wouldn’t object. They would remember at home; when they were back at home they would remember why they had come.

Chisthi’s fame spread over the world. From every part of the world, people started coming. One man, Jilani, himself a great mystic, came from Baghdad just to see Chishti. When Chishti heard that Jilani was coming he felt, “To pay respect to Jilani it will not be good to play my instrument now. Because he is such an orthodox Mohammedan, it will not be a good welcome.

He may feel hurt.” So only for that day, in his whole life, he decided he would not play, he would not sing. He waited from morning and in the afternoon Jilani came. Chishti had hidden his instruments.

When Jilani came and they both sat in silence, the instruments started to make music — the whole room was filled. Chishti became very puzzled over what to do. He had hidden them, and such music he had never known before. Jilani laughed and said, “Rules are not for you, you need not hide them. Rules are for ordinary people, rules are not for you — you should not hide them. How can you hide your soul? Your hands may not play, you may not sing from your throat, but your whole being is musical.

This Joshu is wonderful. This has to be felt deeply, then you will be able to understand. But that understanding will be more like feeling than understanding — not mental but from the heart. Many more dimensions are hidden in this story. Another dimension is that when you come to an enlightened person whatsoever you say makes no difference, his response will be the same. Your questions, your answers are not meaningful, not relevant; his response will be the same.

To all the three Joshu responded in the same way because an enlightened person remains the same. No situation changes him; the situation is not relevant. You are changed by the situation, you are completely changed; you are manipulated by the situation. Meeting a person who is a stranger, you behave differently. You are more tense, trying to judge the situation: What type of man is this? Is he dangerous, not dangerous? Will he prove friendly or not? You look with fear. That’s why with strangers you feel an uneasiness.