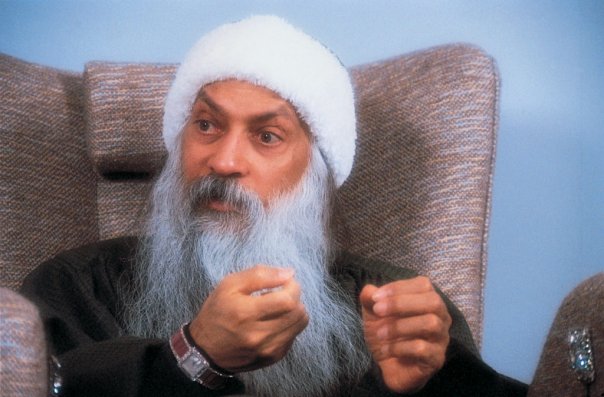 Question – How did tantra grow out of buddhism which, as far as i know, views sex as a hindrance to meditation?

Can’t you observe his tremendous grace in the statue of Buddha or in his pictures – can it come out of ascetism? Is it possible that this beautiful being, this graceful face, this love, this compassion can come out of ascetism? Ascetics are people who torture themselves; and when a person tortures himself he starts torturing others too with a vengeance. When a person is in misery himself, he cannot see anybody else being happy; he starts destroying others’ happiness too. That’s what your so-called MAHATMAS go on doing: they can’t see you happy, so whenever you are happy, they immediately come and say ’There must be something wrong, a happy person means a sinner’ You can observe it in yourself also, because down the centuries your so-called MAHATMAS and saints have conditioned you to feel guilt whenever you feel happy. Whenever you are miserable, everything is okay. But if you are feeling great joy, you start feeling a little uneasiness – somehow it doesn’t seem to be right. Have you not watched it in yourself? From where does it come? Happiness… and not right? And misery is ’okay.’

Something very antagonistic to life – very life-negative, very life-denying – has entered into the bloodstream of humanity. And it has come through those so-called ascetics. These ascetics are neurotic people: they are masochists, they torture themselves. Their only joy is in creating more and more misery.

Buddha is not a masochist – cannot be. Buddha looks so beautiful, so joyful, so happy, so tremendously blissful. Those who were hearing him have misunderstood somewhere. Yes, he says go beyond sex. One has to go beyond it because it is only the first rung of the ladder. But he is not saying go against it. Going beyond is not necessarily going against. In fact, the contrary is the case. If you go against sex you will never be able to go beyond it. Going beyond comes only through going through. You have to understand sex, you have to befriend sex.

Something, somewhere, got misinterpreted. Saraha comes as a right interpretation of Buddha. And Saraha must have watched what a calamity had happened to thousands of people who were following Buddha: rather than going beyond sex, they had become obsessed with it. When you are continuously fighting with something you become obsessed with it.

You can watch it: a person who believes in fasting becomes obsessed with food. Mahatma Gandhi was obsessed with food, continuously thinking about food – what to eat and what not to eat. As if that seemed to be the only important thing in life – what to eat and what not to eat. Ordinary people are less obsessed; they are not thinking about it too much. Do a three-day fast, and think about what goes on in your mind. You will think about food continuously. Now, going beyond food is good, but fasting cannot be the way, because fasting creates an obsession with food. How can it be the way to go beyond it? If you really want to go beyond food, you have to eat rightly. You have to eat the right food, you have to eat it in a right way at the right time. You have to find out what suits your body, what is nourishing.

Yes, that will take you beyond food: you will never think about food. When the body is nourished, you don’t think about food. So many people think about food because in some way or other they are fasting. You will be surprised when I say that. You may be eating too much ice-cream – that is a sort of fast because it is not nourishing; you are simply throwing rotten things inside you. They don’t satisfy: they fill you but they don’t fulfil you. You feel stuffed but not contented.

Wrong food will create discontent, and your hunger will not be satisfied because hunger needs nourishment not food. Remember, hunger is for nourishment NOT for food! And hunger does not bother much about taste. The basic thing is whether it suits your body, whether it gives your body the needed energy. If it gives the needed energy then it is okay. If taste goes with right nourishment, you will be tremendously satisfied.

And remember, I am not against taste, I am all for it. But just taste cannot be nourishing. And just food without taste is unintelligent, stupid. When you can have both, why not? An intelligent person will find nourishing food, tasteful food. It is not such a big problem. Man can go to the moon and cannot find a nourishing food for himself? Man has done miracles and cannot satisfy his hunger? This does not seem to be the right situation. No, man has not looked into it.

There are people who believe in fasts – they destroy the body. And then there are people who go on stuffing any rubbish – they destroy the body. Both are in the same boat: both are fasting, and both are continuously obsessed. One is obsessed through indulgence, the other is oppressed through repression. Just in the middle is transcendence. So is the case with sex, and so is the case with everything in life.

Saraha must have become aware that the people who said Buddha had said to go beyond sex, were not going beyond at all. Rather, they were becoming more and more obsessed with it and falling deeper into its mire.

There was a young nun who went to the Mother Superior in some distress, and after a great deal of beating about the bush, admitted she was pregnant.
’Who was it? Who was this wicked, wicked man?’ said the Mother Superior.
’Oh, Reverend Mother, I wouldn’t commit a carnal offence with a man!’ exclaimed the nun.
’Well, it wasn’t fathered by a woman, was it?’ said the Mother Superior, beginning to lose her temper.
’No, indeed, Blessed Mother, but it was fathered by one of the Holy Angels.’ SIMPER, SIMPER.
’Holy Angels what is this nonsense?’
’Yes, Blessed Mother, he came down to me in the middle of the night in my sleep, and when I asked who he was, he said ”Saint Michael” and showed me his name on his vest to prove it.’

Once you are against something you will find some ways to get out of it. You will find some back door. Man is cunning. If you repress something, the cunning mind will find some other way. That’s why you dream about sex. Your saints dream too much about sex; they have to. In the day they can deny, but in the night… When they are conscious they can repress, but when they are asleep… then, in the dream, sex takes great, fantastic colours; it becomes psychedelic. And then in the morning they feel guilty, and because they feel guilty they repress more. And when they repress more, the next night they have an even more beautiful dream of sex – or horrible, according to them. It depends on how you interpret it whether it is beautiful or horrible.

And if you look deep down into yourself you will find it easily. Whatsoever you repress will remain there, you cannot get rid of it. The repressed remains, only the expressed disappears. The expressed evaporates, the repressed remains and not only remains, but it becomes more and more powerful. As time passes by, it becomes more and more powerful.

Saraha must have looked at what had happened after two hundred years of Buddha – wrong interpretations, and people were almost obsessed with sex. Out of that obsession of the Buddhist monks and nuns, Tantra was born as a rebellion a rebellion against Buddhism, not against Buddha. Through that rebellion, Saraha brought Buddha’s spirit back. Yes, one has to transcend sex, but the transcendence happens through understanding.

Tantra believes in understanding. Understand a thing totally and you are free of its clutches. Anything not understood rightly will remain as a hangover. So you are right. You ask: HOW DID TANTRA GROW OUT OF BUDDHISM WHICH, AS FAR AS I KNOW, VIEWS SEX AS A HINDRANCE TO MEDITATION? Precisely because of that. It is a rebellion against Buddhism, and it is for Buddha. It goes against the followers, but not against the Master. The followers were carrying the letter, and Saraha brings back the spirit. Saraha is a reincarnation of the same enlightenment as Buddha was. Saraha is a Buddha.