Osho on Death, Osho on fear of Death 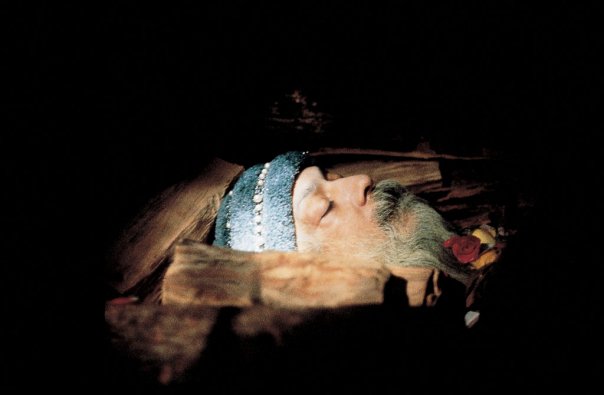 Osho : The first thing I would like to tell you about death is that there is no bigger lie than death. And yet, death appears to be true. It not only appears to be true but even seems like the cardinal truth of life–it appears as if the whole of life is surrounded by death. Whether we forget about it, or become oblivious to it, everywhere death remains close to us. Death is even closer to us than our shadow….

What I wish to say is that it is essential to see death, to understand it, to recognize it. But this is possible only when we die; one can only see it while dying. Then what is the way now? And if one sees death only while dying, then there is no way to understand it–because at the time of death one will be unconscious.

Yes, there is a way now. We can go through an experiment of entering into death of our own free will. And may I say that meditation or samadhi is nothing else but that. The experience of entering death voluntarily is meditation, samadhi. The phenomenon that will automatically occur one day with the dropping of the body–we can willingly make that happen by creating a distance, inside, between the self and the body. And so, by leaving the body from the inside, we can experience the event of death, we can experience the occurrence of death.

We can experience death today, this evening–because the occurrence of death simply means that our soul and our body will experience, in that journey, the same distinction between the two of them as when the vehicle is left behind and the traveler moves on ahead….

If the shell, the body, and the kernel, the consciousness, separate at this very instant, death is finished. With the creation of that distance, you come to know that the shell and the kernel are two separate things–that you will continue to survive in spite of the breaking of the shell, that there is no question of you breaking, of you disappearing. In that state, even though death will occur, it cannot penetrate inside you–it will occur outside you. It means only that which you are not will die. That which you are will survive.

This is the very meaning of meditation or samadhi: learning how to separate the shell from the kernel. They can be separated because they are separate. They can be known separately because they are separate. That’s why I call meditation a voluntary entry into death. And the man who enters death willingly, encounters it and comes to know that, “Death is there, and yet I am still here.”…

In meditation, too, one has to enter slowly within. And gradually, one after another, things begin to drop away. A distance is created with each and every thing, and a moment arrives when it feels as if everything is lying far away at a distance. It will feel as if someone else’s corpse is lying on the shore–and yet you exist. The body is lying there and still you exist–separate, totally distinct and different.

Once we experience seeing death face-to-face while alive, we will never have anything to do with death again. Death will keep on coming, but then it will be just like a stopover–it will be like changing clothes, it will be like when we take new horses and ride in new bodies and set out on a new journey, on new paths, into new worlds. But death will never be able to destroy us. This can only be known by encountering death. We will have to know it; we will have to pass through it.

Because we are so very afraid of death, we are not even able to meditate. Many people come to me and say that they are unable to meditate. How shall I tell them that their real problem is something else? Their real problem is the fear of death…and meditation is a process of death. In a state of total meditation we reach the same point a dead man does. The only difference is that the dead man reaches there in an unconscious state, while we reach consciously. This is the only difference. The dead man has no knowledge of what happened, of how the shell broke open and the kernel survived. The meditative seeker knows that the shell and the kernel have become separate.

The fear of death is the basic reason why people cannot go into meditation–there is no other reason. Those who are afraid of death can never enter into samadhi. Samadhi is a voluntary invitation to death. An invitation is given to death: “Come, I am ready to die. I want to know whether or not I will survive after death. And it is better that I know it consciously, because I won’t be able to know anything if this event occurs in an unconscious state.”

So, the first thing I say to you is that as long as you keep running away from death you will continue to be defeated by it–and the day you stand up and encounter death, that very day death will leave you, but you will remain.

These three days, all my talks will be on the techniques of how you can encounter death. I hope that, these three days, many people will come to know how to die, will be able to die….

Knowing death causes it to dissolve; then suddenly, for the first time, we become connected with life.

That’s why I told you that the first thing about meditation is that it is a voluntary entry into death. The second thing I would like to say is that one who enters into death willingly, finds, all of a sudden, entrance into life. Even though he goes in search of death, instead of meeting death he actually finds ultimate life. Even though, for the purpose of his search he enters the mansion of death, he actually ends up in the temple of life. And one who escapes from the mansion of death never reaches the temple of life….

I say both things simultaneously: meditation is entering voluntarily into death, and the one who enters death voluntarily attains to life. That means: one who encounters death ultimately finds that death has disappeared and he is in life’s embrace. This looks quite contrary–you go in search of death and come across life–but it is not….

These three days we shall do the meditation of entering into death. And I shall speak to you on many of its dimensions. Tonight we shall do the first day’s meditation. Let me explain a few things about it to you….

One thought on “Osho on Death, Osho on fear of Death”