Osho on Suppression, When you Suppress a thing it becomes Meaningful 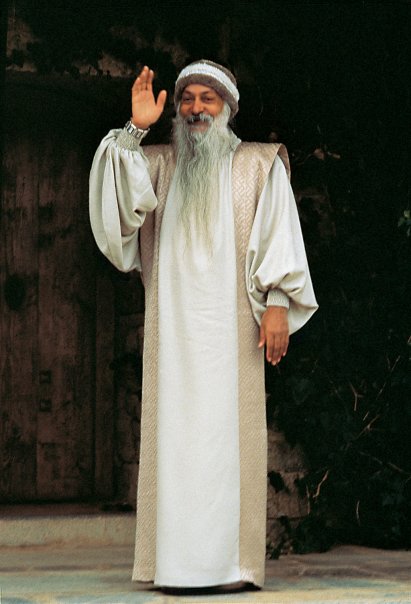 [A sannyasin says she is afraid of going back to the West: I’m afraid that all the things I’ve dropped will come back again, and that I will drown in them.]

Osho – It is natural… fear is natural. It is very difficult in the beginning to make a distinction between dropping a thing and suppressing a thing. The whole of life is a suppression so we know the language of suppression, but my whole effort is totally different.

I am not teaching you to suppress anything, but rather to drop things that have become meaningless. When you suppress a thing it becomes meaningful; it becomes even more meaningful, more significant.

[Osho went on to say that recently he had been reading Winston Churchill’s memoirs of the second world war. He said that in the entire book, in thousands of pages, Churchill had not once mentioned the name of God – and he was a theist. Stalin, who was not a theist, mentioned God on many occasions… ] … and Stalin is not a believer! It is a suppression.

His own daughter, Svetlana, became converted to theism when he died; she left communism and atheistic ideas – and the whole training from her father was to remain atheist. What happened? It was suppressed. Whatsoever you repress remains inside, moves into the unconscious, and goes deeper in fact than it was before.

When Laroslavski, the man who was the head of the League of the Godless in the U.S.S.R., died, Stalin was present. The moment he was dying, he suddenly opened his eyes and said to Stalin, ’Please burn all my books. Look, He is here. He waited for me. Please burn all my books.’ These were his last words. Not that God was standing there. No – but his whole life he was repressing.

Again and again the fear and the desire will come, and you will be caught in a vicious circle. So if you feel attracted towards something, do it, and do it without any guilt. I don’t teach any guilt. I am here to give you absolute freedom – not less than that, nothing less than that. If there is still some attraction it means that there is still some significance clinging somewhere in the unconscious. Be finished with it! And there is no way to be finished with it other than to experience it. You will see that it was futile. Going into it you will see that there is nothing to it.

It was just an old habit . . . the old situation, the old association. But be finished with it. Go into it fully alert, conscious, with no guilt, no fear. Why be afraid? You will see that many things that you think will attract you are not going to attract you. A few things will, because it takes time when your life changes. – The more you repress, the more meaningful things become. When something is denied, it gathers energy.

Say no to something, and it immediately becomes rebellious. Say no to yourself and there is resistance and a fight starts. So never say no to anything. Be a yea-sayer. There is nothing in life to be afraid of. All are God-given opportunities. I don’t say to drop anything. I say let things drop. I don’t say try not to be drowned. Dive deep. Nobody can drown you… I am coming with you.

Source: from Osho Book “Be Realistic: Plan for a Miracle”