Osho – The astral body goes on from womb to womb, from grave to grave. 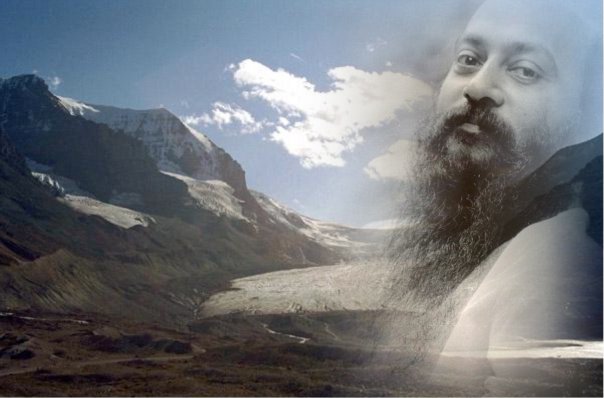 Question – Our Beloved Master, I have understood that the witness is pure consciousness, unaffected by the body and mind it takes temporary residence in. So, first: how do personality traits and conditioning persist from one life to another? and second: does not that which makes us unique individuals have a continuum?

Osho – Maneesha, first you have to understand that you have not only this body of flesh and bones and blood, not only this brain which is part of the body. Behind the brain you have a mind — that mind is abstract — and behind the body you have an astral body. The word `astral’ comes from stars; it means a light…. Instead of flesh or bones, only a body made of light. This body of light, the astral body, has the mind in it.

Until you know the center, you will have to travel continuously from one body to another body. You have been traveling already for thousands of lives, gathering more and more memories in your astral mind, more and more memories in your astral body. Although your center is unaffected, it is surrounded by the astral body, and the astral body goes on from womb to womb, from grave to grave. That is your individuality; it has a continuum. But the continuum comes to an end when you become a buddha.

Now take a jump out of the continuum and become one with the whole. You will disappear just like a dewdrop in the ocean. But it is the ultimate bliss, it is the most profound ecstasy to become the oceanic, to become the cosmic. You will never repent that you have lost your individuality.

What was in your individuality?
Have you ever thought?

Your individuality was a light prison, which carried you from one womb, passing through the grave, to another womb, and repeating the same things again and again and again. That’s why in the East they call it the life and death cycle. To jump out of this cycle is the whole purpose of meditation — to come out of this continuum, which has been just a deep anguish, anxiety and angst, and to disappear into the blue sky.

You have known freedom from others, but you don’t recognize that you are still a slave of your own individuality. It is a cage… it may be golden. Open the cage and fly across the sun into the blue sky and disappear, without leaving any footprints, any trace behind. This Gautam the Buddha used to call anatta, no self, no mind, no you, no I. This in fact
can be said in another way….

I have told you about Kabir, one of the great mystics of India. When he was young he became enlightened, and he wrote a small poem, in which comes the line: The drop has disappeared in the ocean. When he was dying, he called his son Kamaal and told him to change that line. Kamaal said, “It is so beautiful — the dewdrop has disappeared in the ocean. Why are you changing it? And what is the substitute?”

Kabir said, “These are my last breaths; don’t argue, simply do what I am saying. You write instead: The ocean has disappeared in the dewdrop. That was my first impression, this is my last impression.” And he closed his eyes.

But both the impressions are beautiful. In the beginning, of course, you will see the dewdrop is disappearing in the ocean. But finally you will realize the ocean has disappeared in the dewdrop.

Now it is time for Sardar Gurudayal Singh.
Miss Goodbody says to her class one afternoon, “Okay, children, the one who gives me the right answer to the next question may go home right away.”
Immediately, Little Albert throws his schoolbag out of the window.
“Who did that?” snaps Miss Goodbody, angrily.
“I did!” says Albert. “See you tomorrow!”

Paddy decides that it is time to get a full-time job. A new salami factory has opened in town, so he goes to apply. He picks up his application form, and he meets Mussolini McVey, the manager.
“Now, Mr. Murphy,” says Mussolini, “we have got many applications for these jobs, so we have included two intelligence-testing questions. Come back tomorrow with your application and the answers to the questions.”
At home, Paddy looks at the form.

Question 1 reads: How many seconds are there in a year? Question 2 reads: How many days of the week begin with the letter “T”?
The next morning, Paddy goes for his interview at the appointed time.

“Good morning, Mr. Murphy,” says Mussolini McVey. “And what is your answer to the first question — How many seconds are there in a year?”
“No problem, sir,” says Paddy. “The answer is twelve.”
“Twelve?” asks Mussolini. “How did you get that?”
“Easy,” replies Paddy. “The second of January… the second of February…!”
“Okay, okay Mr. Murphy,” says McVey. “What about question two: How many days of the week begin with `T’?”
“No problem, sir,” says Paddy. “The answer is two.”
“Very good,” says McVey. “and by the way, what are they?”
“Easy,” replies Paddy. “Today and tomorrow.”
Farmer Scrumpy has been in the city for a couple of days, and when he gets back, Homer, his hired hand, collects him from the train station in the old farm Ford.
“How is everything, Homer?” asks Scrumpy.
“Ah, so-so,” replies Homer.
“Anything much happen while I was gone?” asks Scrumpy, climbing into the car.
“Nothing much to speak of,” replies Homer, driving off. “The dog limps a little.”
“Really?” asks Scrumpy.
“Yup,” says Homer.
“How did that happen?” asks Scrumpy.
“Well,” explains Homer, “I guess the old horse was acting kind of crazy, running out of the stable, half scorched, in the middle of the night, and kicked him.”
“The horse?” cries Scrumpy. “Half scorched?”
“Yup,” explains Homer. “When the barn burnt down and all the hay went up in smoke, the horse got scorched.”
“Really?” cries Scrumpy. “The barn burnt down?”
“Yup,” replies Homer. “I guess a few sparks must have jumped from the house to start it. I got out of the house just in time.”
“Really?” cries Scrumpy. “The house was on fire? How did you get out?”
“Well,” explains Homer, “your wife kicked me out of bed and woke me up!”
“Really?” shouts Scrumpy. “You were in bed with my wife?”
“Yup! We were drinking your homemade whiskey.”
“Really?” shouts Scrumpy. “You were drinking my whiskey and in my bed with my wife? Where is she now?”
“Well,” explains Homer, “she got crisped in the fire, but don’t worry! I saved the whiskey!”
“Thank God!” cries Scrumpy. “Did anything else happen?”
“Nope,” explains Homer, “it was a pretty quiet weekend!”