Osho – The deep problem is: how to become aware, how not to be unconscious 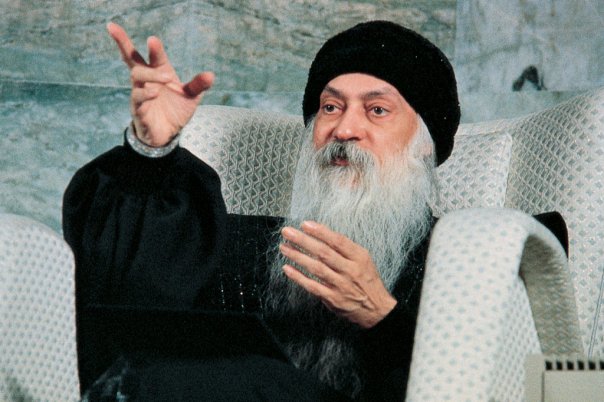 Patanjali Yog Sutra – Desires arise from these three-fold karmas when circumstances are favorable for their .

Osho on above Sutra – If you do a pure karma, a good act, a saintly act, then desires will arise, of course, to do more good. If you do an impure act, desires will arise to do more impure acts, because whatsoever you do creates a certain habit in you to repeat it. People go on repeating. Whatsoever you have done, you become skillful in doing it. If you do a mixed act, of course a mixed desire arises in which good and bad are both mixing. But all are artificial minds. Even the mind of the saint is still a mind.

I have heard: Abe Cohen, a great businessman, a Jew, was convicted of murder before the ending of capital punishment. The prison governor visited him on the morning of his execution. “Mr. Cohen,” he said, “it will cost this country 100 pounds to hang you.” “Bad business,” said Abe. “Give me 95 pounds, and I will shoot myself.”

A businessman is a businessman. He goes on thinking in terms of business, in terms of money. He has become skillful about it. Just watch whatsoever you have been doing — you have a tendency to repeat it, unawares, unconsciously. You go on repeating the same things again and again and again, and of course, the more you repeat, the more you are caught in the habit. A time comes when even if you want to leave the habit, the habit has become so deep-rooted that you want to leave it, but it does not want to leave you.

I have heard, it happened: A certain teacher, out of indigence, wore only thin cotton cloth in the winter. A storm carried a bear down from the mountains by way of the river. Its head was hidden in the water. The children, seeing its back, cried, “Teacher, look! A fur-coat has fallen into the water, and you are cold. Go and fetch it!” The teacher, in the extremity of his need, leapt into the river to catch the fur coat. The bear quickly attacked him and caught him. “Teacher,” the boys shouted from the bank, “either grasp the coat, or let it go and come out!” “I am letting the fur coat go,” shouted the teacher, “but the fur coat is not letting me go!”

That’s the problem with habits: first you cultivate them, then, by and by, they have become almost a second nature to you. Then you want to drop them, but it is not so easy to drop them. What to do?

You will have to become more aware. Habits cannot be dropped. There are only two ways to drop them: one is to change the habit for a substitute habit — but that is just changing one problem for another, it is not going to help much; the other is to become more aware. Whenever you repeat a habit, become aware. Even if you have to repeat it, repeat it, but repeat with a witnessing, an alertness, an awareness. That awareness will make you separate from the habit, and the energy that you go on giving to the habit unknowingly, will not be given anymore. By and by, the habit will shrink; the water will not be flowing through it, the channel will be blocked. By and by, it will disappear.

Never try to change one habit into another, because all habits are bad. Even good habits are bad, because they are habits. Don’t try to change impure habits into pure habits. It is good for the society that you change your bad habits into good habits. Rather than going to the pub every day, if you go to the church or to the temple every day, it is good for the society. But as far as you are concerned it is not going to help much. You have to go beyond habits. Then it is helpful.

A flea rushed into the pub just before closing time, ordered five double scotches, drank them straight down, rushed into the street, leapt high in the air and fell flat on his face. He picked himself up, looked unsteadily around and muttered, “Darn it! Someone has moved my dog.”

For many lives you have been drinking and drinking out of unconsciousness. Everybody is an alcoholic, and of course you go on falling again and again. The deep problem is: how to become aware, how not to be unconscious. From where to start? Don’t try to fight with some very deep-rooted habit. You will be defeated. The fur coat will not leave you so easily. Start with very neutral habits.

For example: you go for a walk; just be aware that you are walking. It is a neutral thing. Nothing is invested in it. You are looking at the trees; just look at the trees and be aware. Don’t look with clouded eyes. Drop all thinking. Just for a few moments even, just look at the trees, and just look. Look at the stars. Swimming, just be alert to the inner feeling that happens inside your body while you are swimming, the inner. Feel it. You are taking a sun bath; feel how you start feeling inside: warm, settled, rested. While falling asleep, just watch how you are feeling inside. Inside, outside — try to be aware of the coolness of the sheets, the darkness in the room, the silence outside, or the noise outside. Suddenly, a dog barks — neutral things; bring your consciousness to them first. And then, by and by, proceed.

First try neutral, then good, then move by and by to bad habits. And finally, remember that each habit has to be made aware. Once you have become aware of your whole habitual pattern, that habitual pattern is your mind. Any day the shift will happen. Suddenly, you will be in the no-mind. When all the habits of your life have become aware, you don’t do them unconsciously and you don’t cooperate with them unconsciously, any day, when the situation point comes — at one hundred degrees — suddenly, a shift will happen. You will find yourself in emptiness. That is the original mind which is neither pure nor impure.

DESIRES ARISE FROM THESE THREE-FOLD KARMAS WHEN CIRCUMSTANCES ARE FAVORABLE FOR THEIR FULFILLMENT.

Whatsoever you do remains like a seed in you. And whenever a certain circumstance arises which can be helpful to you, the seed sprouts. Sometimes we carry seeds for many lives. The right circumstance, the right season may not be come across, but whenever it comes it creates very complex problems.

Suddenly, you come across a man on the road and you feel very, very repelled, and you have not ever known the man. You have not even thought about him, heard about him; an absolute stranger, and suddenly you feel repelled, or, you feel attracted. Suddenly you feel as if you have met him before. Suddenly you feel as if a deep surge of love-energy is arising in you for this stranger, as if you have been always close, always close. A seed has been carried from some other life — a certain circumstance — and that seed starts sprouting. Suddenly, you are miserable for no reason at all. And you think, “Why am I miserable? Why?” There seems to be no cause in the visible world. You may be carrying a seed for this misery; just a right moment has arrived.

Julia came to her father with her head downcast. “Poppa,” she said, “you know that rich Mr. Wolfe? Well, he betrayed me, and I am going to have a baby.”
“My God!” said the father. “Where is he? I will kill him! Give me his address. I will murder him!” Dashing to the rich man’s home, he cornered him and in a loud voice told him what he intended to do. But the rich Mr. Wolfe was quite calm. “Don’t get excited,” he said. “I am not running away, and I intend to do right by your daughter. If she has a boy, she gets $50,000; if it is a girl, she gets $35,000. Is that fair?”
The father halted, while the look of anger on his face changed. “And if it is a miscarriage,” he pleaded, “will you give her another chance? ”

Suddenly, the circumstances had changed. Now a seed of greed sprouts. He had come to murder, but just the mention of money and he had forgotten all about murder; he’s asking, “Will you give her another chance?”

Watch… watch yourself continuously; circumstances change and you immediately change. Something in you starts sprouting, something starts closing.

The man of original mind remains the same. Whatsoever happens, he watches it, but there are no longer any seeds of desire left from the past. He does not act through his past, he simply responds; out of nothingness comes his response. Sometimes you also act in that way, but very rarely. And whenever you act that way, you feel a tremendous fulfillment and satisfaction and contentment. It happens sometimes.

Somebody is dying, drowning in the river, and you simply jump without any thought. You don’t think whether to save this man or not, whether he is a Hindu or a Mohammedan, or a sinner or a saint, or why you should be worried. No, you don’t think. Suddenly, it happens. Suddenly, your mind is pushed away and your original mind acts. And when you get that man out, you feel tremendous contentment, as you have never felt before. A harmony arises in you. You feel very fulfilled. Whenever something out of your nothingness happens, you feel blissful. Bliss is a function of your nothingness.